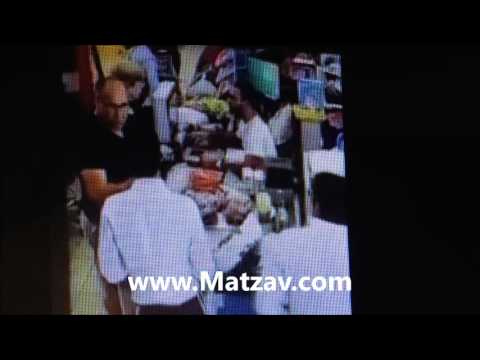 A video reveals harrowing footage of a yeshiva bochur getting slapped in the face by a secular man in Netivot.

According to security camera footage, there was an exchange between the bochur and a man at the checkout counter in the supermarket in Netivot. The facial expressions and gestures of the man indicate that something angered him.

A few seconds later, the man looks at the bochur in anger and slams him in the face. The bochur fled.

It is not yet clear what the exchanges between the parties were that caused the violent hand-raising.

The storeowners said afterwards that they “strongly condemn all manifestations of violence.

They also said that “once the police request it, we will provide them with security cameras and footage.”

A cashier at the store indicated that he was very surprised by the incident and that he did not hear the exchange that preceded the violence because he was busy with his work.

The police has announced that it has launched an investigation into the case.