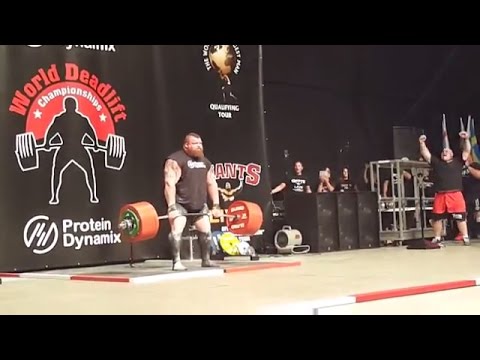 That’s half a ton.

But then the 28-year-old almost passed out when blood vessels in his head burst.

The feat, which almost killed Hall, was performed at the Leeds Arena.

Hall had lifted 465kg, which was matched by two other competitors, prompting him to literally raise the bar again.