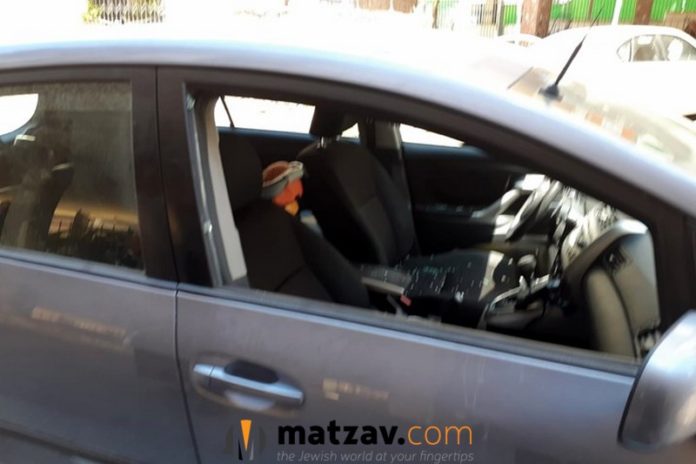 A toddler about a year old was rescued from a vehicle shortly after being spotted by passersby. The case ended without injury, boruch Hashem.

This afternoon, the baby was spotted in a locked vehicle on Rechov HaGra in Bnei Brak. After the car window was shattered, the toddler was rescued, examined by medical officials, and evacuated to Tel Hashomer Hospital.

“A passerby broke the car window and removed the toddler,” said Arele Klein and Yechiel Vaknin, paramedics with Ichud Hatzolah. “We gave her first aid and then she continued receiving medical treatment at the hospital, having suffered from fluid loss and suspected heat stroke.”

They added that the bystander who broke the window, Ben Shmuel Cohen, a resident of Rosh Ha’ayin who works nearby, was lightly injured upong being cut in the process.

Yitzchok Keenan, a paramedic, added: “I found the baby red and hot from the heat. According to bystanders, the baby had been in the vehicle for about an hour and a half.”