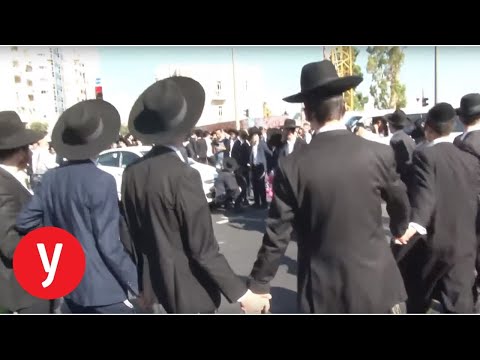 Hundreds of Israeli men protested the arrest of a girl who refused to appear at an IDF induction center in order to receive an exemption from military service. Road 443 was blocked for a short time to traffic at the Mevo Junction.