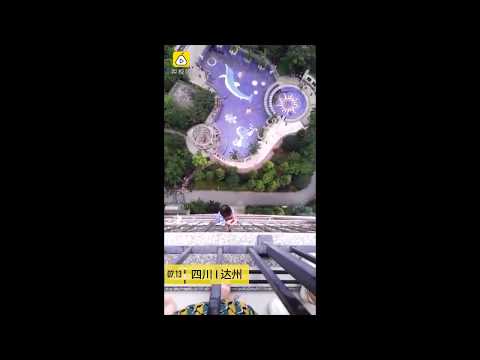 A little boy was rescued after he was found hanging on for dear life on the balcony railings of an 18th-floor flat in an apartment building in south-west China.

The five-year-old boy had apparently fallen from his 19th floor flat in Dazhou city on Friday and had somehow managed to grab onto the balcony grille one floor below as he plummeted down.

The little boy was spotted by the building’s janitor who immediately alerted security personnel and called emergency services. He was rescued in about eight minutes and was not hurt.