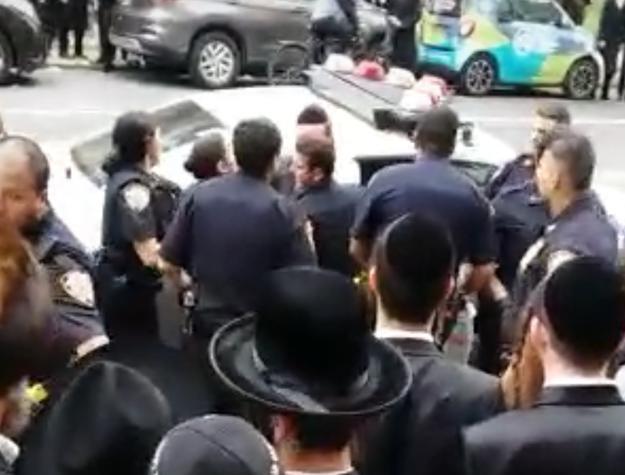 On Shabbos afternoon, a Jew in Boro Park, Brooklyn, was assaulted by a non-Jew, who tried to choke him. The victim responded in self-defense and beat back the attacker, according to witnesses at the scene.

The NYPD responded to the scene and then, inexplicably, arrested both the attacker and the victim.

Local residents pleaded with the cops to let the victim go, but the officers obstinately refused, pushing pack on the crowds and forcing the victim into a patrol vehicle.

Matzav.com is told that an investigation is underway.