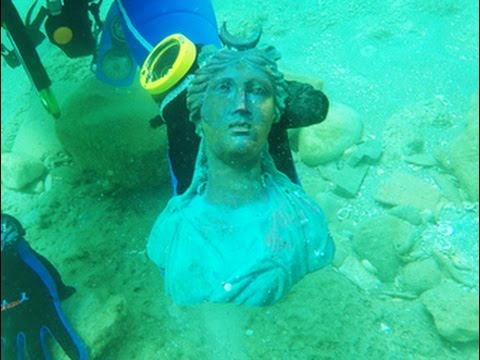 On Monday, Israel’s Antiquities Authority displayed cargo from a merchant ship that sank off the ancient Mediterranean port of Caesarea 1,600 years ago, including rare bronze statues and thousands of coins.

Thousands of Roman coins and several bronze statues are among the artifacts discovered by two divers off the coast of Israel.

The merchant ship sank during the late Roman period.

Underwater footage shows divers digging out clumps of coins buried in the sand. ‘All the cargo was completely under the sand. That’s why it’s preserved so well,’ said Jacob Sharvi from the Israel Antiquities Authority.