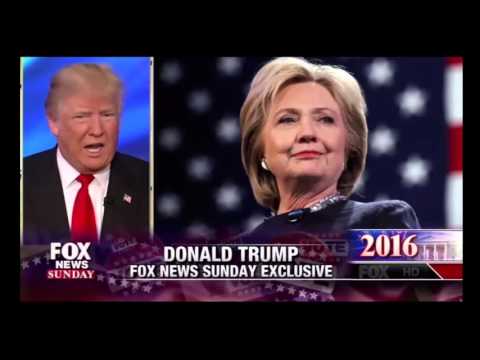 On “Fox News Sunday” yesterday, Chris Wallace kicked off his interview with Donald Trump by asking Trump about violent protesters assaulting a supporter of his days ago. Wallace

Trump denied his comments toward Clinton have driven down his already extremely low support women in the polls. “Even women don’t like her. They don’t like her. It’s the women’s card, and she plays it, and I’ll let you know in about 6 months if she plays it well. It’s true. if she weren’t a women, she wouldn’t even be in this race.”