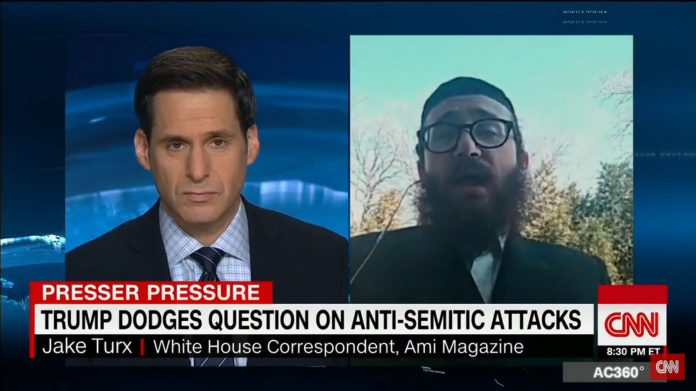 Mr. Jake Turx Turkeltaub, the reporter who irked President Donald Trump with a question about anti-Semitism, went on CNN and said he remains hopeful that the White House will meet with Jewish leaders.