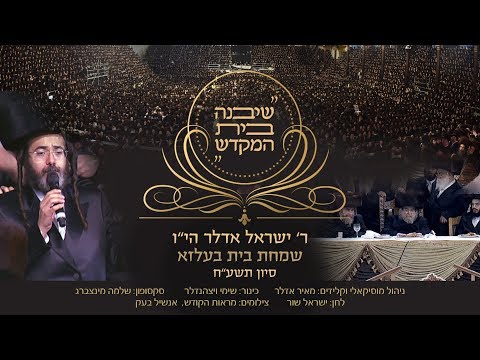 During the recent Belzer simcha, Yisrael Adler was invited to sing at an exclusive sheva brachos celebration attended by select philanthropists from overseas at the home of sponsor Rabbi Refael Herzog from Montreal.

At the sheva brachos, cantor and singer Yisrael Adler sang a special grammen, while the Belzer Rebbe listened carefully to the touching rendition.

When the Rebbe got home later, he lavished praise on Yisrael Adler’s presentation and asked to invite him again—this time not to an intimate affair, but to the mass sheva brachos celebration in the huge tent erected in the Belzer neighborhood in Yerushalayim for the throngs of chassidim who’ve come from all over the world for the simcha.

Yisrael Adler stood singularly with his Gerrer spodek near the Belzer choir, and at the fore stood the legendary Belzer music maestro R’ Yirmiyahu Damen, who joined in at this stirring part.