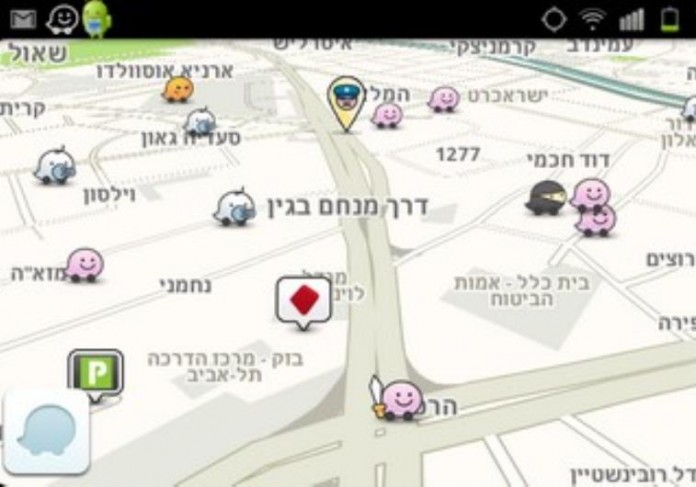 Can it speed up emergency response times too?

That’s the claim from a Texas-based software company that says it has figured out a way to hook up the real-time flow of data from Wazers to emergency call centers around the country.

Chad Richey, who is a project manager for the firm Genesis PULSE, says the data stream from people who use the app could cut emergency response times by at least as much as 70 percent.

“They’re seeing that real-time crash data come straight into the dispatch centers and they’re able to see that in near real-time because it’s crowd-sourced, and it’s being reported as soon as that accident happens, and the dispatchers are able to see it,” Richey, who is also a volunteer map editor for Waze, said. “Seventy percent of the time, Waze beats the 911 call.”

That claim couldn’t be independently verified, despite reaching out to several agencies that have been tapping Waze data, including several cited by Richey. CareFlite, an air and ground ambulance service based in in Grand Prairie, Texas, has signed up to use Genesis PULSE, but won’t have the system installed until later this month, spokesman Jim Swartz said.

But there’s no doubt that Waze’s data-sharing has revolutionized the way states and cities handle traffic. Some city officials say that by moving traffic more efficiently, data-sharing could speed up emergency response times.

Big Data has transformed shopping, policing, and driving. Daniel Doctoroff, who was a deputy mayor during the tenure of New York City Mayor Michael R. Bloomberg, has called the growing use of mass data the fourth modern revolution for urban dwellers, according to an article in City Journal. The first revolution followed the invention of the steam engine and the advent of the Industrial Age. Next came electricity, and then the automobile. Now we have data that’s massive in scope, granular in detail, and available in real-time.

In October 2014, Waze launched its Connected Citizens Program, an initiative that offers state and local governments two-way data sharing. The company – which was formed in Israel and bought by Google in 2013 -began with 10 partners; today there are more than 63, including Boston, Washington, and Los Angeles, and 14 state Departments of Transportation. The program is also in use overseas, in cities such as Rio de Janeiro. Wazers input data into smartphones about road conditions by speaking into the device or tapping an icon. That information streams to traffic managers, who send back data of their own, ranging from planned construction closures to emergencies.

“This program has really proven to be a win-win for us and our government partners,” said Paige Fitzgerald, who is the Connected Citizen Program’s project manager. “We’re seeing real benefits from data-sharing.”

In Washington, D.C. – which was among the earliest to collaborate with Waze – transportation officials blend data from more than 250,000 Wazers in the region with reports phoned into 311 and information from closed-circuit traffic cameras, District Department of Transportation spokesman José Colón said. Meanwhile, the city shoots back data to Waze on planned road closures and construction permits that could have an impact on traffic, such as emergency utility work.

Such data-sharing has shaped traffic management plans for Pope Francis’ visit last fall and the president’s State of the Union address this year, and it has added a new level of efficiency to the city’s annual spring blitz to find and fix potholes -Potholepalooza. Beginning with last year’s campaign, Wazers could report potholes using the audio feature on their smartphones to mark the spot where a road or street needed repairs.

“We got our crews out much faster,” Colón said. The city also set up an interactive map showing where all those chuckholes are and the status of their repairs.

In Boston, city officials there have used Waze data to tweak traffic routing in a variety of ways. It’s proven particularly useful at obtaining fast, reliable feedback on changes city officials make to the road system, said city spokesman Jascha Franklin-Hodge. If officials alter their traffic enforcement, resynchronize traffic lights, or close some streets for a special event, transportation officials can get a fast read on the impact of those changes in a way that wasn’t possible back when people had to tabulate traffic flow by hand.

“Traffic studies are traditionally done by people standing out on the road counting vehicles with a handheld counter during certain parts of the day,” Franklin-Hodge said. “What Waze allows us to have is a real-time, high resolution view into the performance of the entire road system in the city, without having people sitting on street corners with counters.”

“We’re just scratching the surface of the potential that exists,” he said.