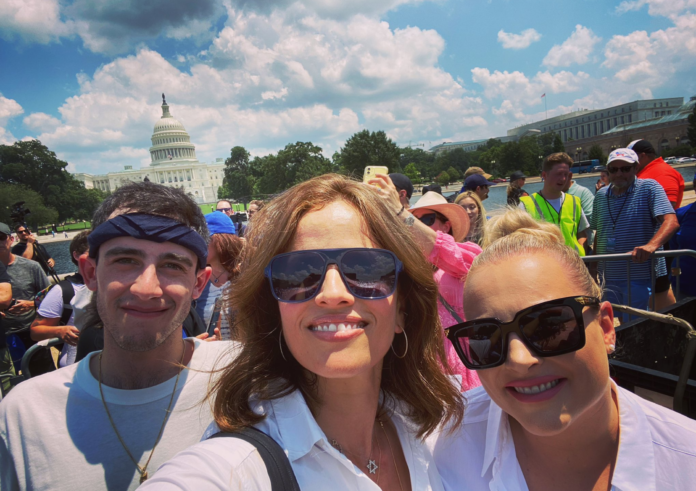 Hundreds of people turned out on Sunday for a rally against antisemitism on the National Mall next to the Capitol Building in Washington, DC.

The event was held on the backdrop of rising antisemitic violence in the US, unleashed during the May war between Israel and terror groups in Gaza.

In addition to attacks on Jews related to the Israel-Hamas conflict, recent assaults on Jews include the stabbing of a Boston rabbi and bullets fired through synagogue windows. Dozens of Jewish institutions have been vandalized across the US since May, including Holocaust museums, Chabad houses, and schools.

Meghan McCain, the daughter of the late Sen. John McCain, was one of many speakers to address the crowd.

“We will not let [antisemitism] happen here in the United States of America,” said McCain. “We cannot be quiet, we cannot be silent, and first and foremost above all else, we cannot be scared. I’m here to tell all of you, you’re not alone… I’m not Jewish, but I can see how scary it is.”