Last week, the Five Towns Jewish Times newspaper published an article lauding the “successful new initiative” at a number of synagogues allowing their members to benefit from a “yoetzet halachah,” a “female halachic advisor.” This innovation was ostensibly established to “assist any woman who is more comfortable discussing certain personal issues with another woman rather than with a male rabbinical advisor.” Since this was reported without critical comment or dissent, I feel that an alternative view must be presented to your readers. So please consider this article a macha’ah-one man’s protest and disagreement with the “rave reviews” this project has reportedly received.

Now, what could possibly be wrong? An educated woman, trained in a highly specialized and sensitive field, listens carefully to another woman; guides, advises, and eventually confers, if necessary, with a rav; and transmits the final decision back to the questioner. On one level, this was a wonderful idea, conceived out of concern and compassion. On another level, however, I believe this to be an insidious incursion into our time-honored mesorah.

Please allow me to explain.

The Torah was given to us with both a form and substance. Most Torah-true Jews agree that the substance of the Torah is sacrosanct. It may not be altered, distorted, or misrepresented. When tampered with in any way, Orthodox Jews generally agree that one is dangerously entering the precincts of the Reform.

What is not as generally well known is that Torah has a form, as well. The gestalt of Torah is as much part and parcel of Mattan Torah as its substance. Gedolei Yisrael through the ages were moser nefesh for the form as much as for the substance. The institution of a chavrusah, learning at a shtender, the format of a shiur are all time-honored and hallowed. An assault upon the process has always been treated as seriously as an attack upon the Torah itself. For instance, the Netziv closed the great Yeshiva of Volozhin rather than introduce government-mandated innovations. Torah giants insisted on the tzuras ha’daf-the exact printed format of a page of the Talmud and myriad details of the transmission of Torah from a rebbi to a disciple.

The relationship between a rav and those who ask a she’eilah has remained a fundamental component of the “Torah from Sinai” continuum for over three millennia. Each person develops a bond with his or her poseik. Over the years, innumerable often subtle details contribute to the total picture presented to a poseik, especially in this most personal area of life. The interposition of a new “expert” into this equation undercuts the time-honored process developed by the Torah ever since Dovid haMelech (see Berachos 4b).

There is an irony to the “creation” (their word) of a yoetzet at this stage of Jewish history. In ancient times, women were in fact very private people, rarely venturing forth into any kind of public venue. Many halachos, in areas such as tzedakah, inheritance, and business law took this fact into consideration. Yet, women were comfortable asking a she’eilah of their rav or sending their husbands. Today, when women are full members of every area of commerce and society, when they travel the world and are elected to the highest positions in government, it seems a bit incongruous to belatedly claim discomfort with a man. A rav is as much a professional as a physician or attorney, and conducts himself with discretion and consideration. One cannot help but detect an influence of modern feminism and societal pressure rather than a true problem in the comfort level of 21st-century Jewish women.

If you reread the opening sentence of this article quoting the originators of yoatzot, you will note that they refer to a “male rabbinic advisor.” This diminishing term reduces a rav to a “male advisor” and a poseik to one who makes successful suggestions. This is not the role of the poseik, and nothing can replace him.

There is, however, a female player in all this, who has surprisingly been left out of the process. This is the rebbetzin. For many centuries, women who preferred to speak to another woman approached a truly trusted advisor-the rabbi’s wife. She will be familiar with all the contextual facts mentioned earlier and is in the best position to transmit these details to the rav.

All in all, Jewish tradition has provided K’lal Yisrael with a wonderful process for resolving all issues. We would do well to take advantage of it. Nothing is broken and no fixing is necessary.

NYC Will Run Out Of COVID-19 Vaccines By Friday, De Blasio Warns 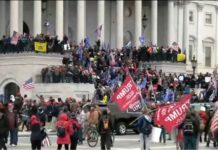 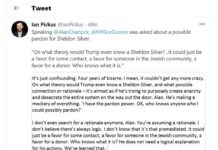