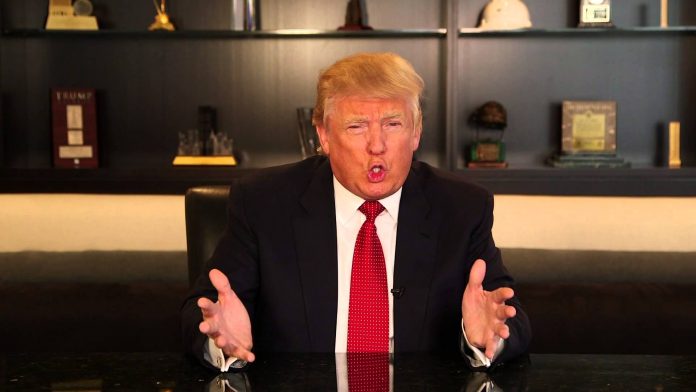 The White House tonight released some details of President Trump’s income and paid taxes from 2005, as MSNBC prepared to release the information in an evening broadcast, THE HILL reports.

Trump reported $150 million in income and $38 million paid in taxes, according to a statement from the White House.

MSNBC host Rachel Maddow had teased Tuesday evening that she had Trump’s 1040 form from 2005. MSNBC host Lawrence O’Donnell tweeted, “This is the night we’ve been waiting for.”

MSNBC alerted the White House about the information, and the White House seemed to opt to take the punch out of the report, releasing the major numbers itself shortly before the broadcast — and slamming MSNBC in the process.

“You know you are desperate for rating when you are willing to violate the law to push a story about two pages of tax returns from over a decade ago,” the statement read. “Despite this substantial income figure and tax paid, it is totally illegal to steal and publish tax returns. The dishonest media can continue to make this part of their agenda, while the President will focus on his, which includes tax reform that will benefit all Americans.”
Maddow said the federal document was mailed to David Cay Johnston, a Pulitzer Prize-winning investigative journalist and author of the recent book “The Making of Donald Trump.”

The White House said Trump had a responsibility “to pay no more tax than legally required.”

“Before being elected President, Mr. Trump was one of the most successful businessmen in the world with a responsibility to his company, his family and his employees to pya no more tax than legally required,” the White House said. “That being said, Mr. Trump paid $38 million dollars even after taking into account large scale depreciation for construction, on an income of more than $150 million dollars, as well as paying tens of millions of dollars in other taxes such as sales and excise taxes and employment taxes and this illegally published return proves just that.” REad more at THE HILL.