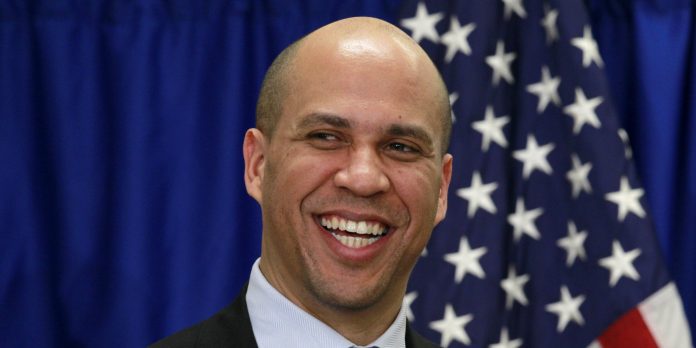 Sen. Cory Booker, D-N.J., on Sunday that he was disappointed in former Vice President Joe Biden’s response to criticism of his remarks on working with segregationists, days after Biden claimed Booker owed him an apology on the issue.

“Look, we make mistakes,” Booker, who is running against Biden for the 2020 Democratic presidential nomination, said on ABC’s “This Week.” “We sometimes tread upon issues that maybe we aren’t knowledgeable of. I don’t think the vice president should need this lesson, but this was a time for him to be healing and to be helpful, especially at a time that he is looking to bring this party together and lead us in what is the most important election of our lifetime. And I was disappointed. I’ve said my piece.”

Biden has faced criticism from Booker, Sen. Kamala Harris, D-Calif., and others in recent days over his remarks about working with civility with avowed racists in the Senate.

“I was in a caucus with James O. Eastland. He never called me ‘boy,’ he always called me ‘son,’ ” Biden said at a fundraiser last week, imitating the Mississippi senator’s Southern drawl. Biden also referenced Herman Talmadge, a Georgia senator who supported segregated schools.

After the remarks circulated, Booker called on Biden to apologize, saying in a statement that the former vice president’s “relationships with proud segregationists are not the model for how we make America a safer and more inclusive place for black people, and for everyone.”

Booker’s stance is particularly hypocritical coming soon after he told reporters he would not be opposed to sitting down with rabid antisemite Louis Farrakhan.

Asked whether he would be willing to meet with Farrakhan, the 2020 presidential hopeful replied: “I don’t feel like I need to do that, but I’m not one of these people who says I wouldn’t sit down with anybody to hear what they have to say.”