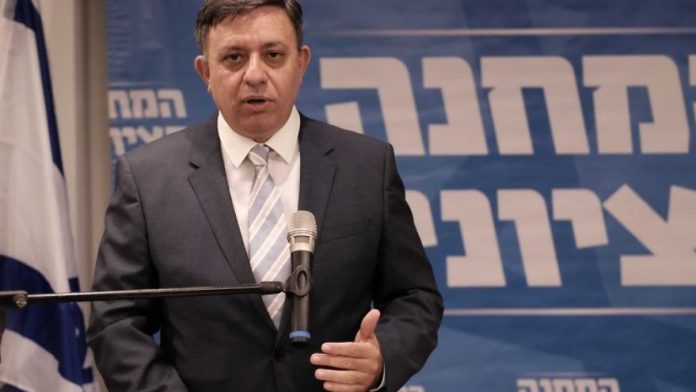 Avi Gabbay, chairman of Israel’s Labor Party, has announced that he is leaving politics after just two years as the party’s leader, and the scramble has begun to replace him with the party at an all-time low in mandates and morale.

Originally led by Israel’s founding father and first prime minister David Ben-Gurion, and known as Mapai (“Worker’s Party of the Land of Israel”), Labor boasts that it founded the State of Israel. But the party, which led the country from 1948 until 1977, and won between 40 and 56 mandates during the nation’s first three decades, has struggled in recent years, dwindling to just six seats in April’s elections.

But Hilik Bar, a former Labor Party secretary, Knesset member and deputy Knesset Speaker told JNS that “although it seems to have become a national sport do so, no one should eulogize the Labor Party.”

Bar acknowledged that the party had reached an all-time low “as a result of a series mistakes over the last few years.” One massive one, he said, was electing Gabbay to lead the party heading into April’s election. “Avi is a good person with good intentions, but he doesn’t come from the ideological home of the Labor Party,” Bar explained. “This led him to make statements in an attempt to woo voters from the center-right which not only did not bring us voters from [that sector], but caused us to lose support from our core voter base.”

According to Bar, the mistake that has hurt Labor the most has been its abandonment of a marker the party used to raise proudly and has now all but buried: seeking a solution to the Israeli-Palestinian conflict. “There is no basis for the party of Yitzhak Rabin and Golda Meir to exist without this.” Bar explained that the Israeli right has a clear ideology of what he coins “managing the conflict” and for Labor to become an alternative to Likud, “we must present a true alternative to the right’s ideology which means finding a solution to the conflict.”

Bar believes that so-called “center parties,” such as Mercaz (1999), Kadima (2006), Yesh Atid (2013) and now Blue and White (2019), were able to drain votes from Labor because his party ignored the security and diplomacy ideology of actively pursuing a solution to the conflict.

In fact, Gabbay placed the blame for Labor’s failures on party infrastructure.

“I served as party chairman with four former party chairmen continuing to serve as Knesset members beneath me. That naturally leads to personality conflicts,” he wrote in the Facebook post explaining his decision. He said that many people believe in Labor’s ideology, but cannot vote for a party they see as “consumed by inner politics.”

JNS asked Bar how he sees any hope for Labor to make a comeback given how close it sits to the 3.25 percent (four-seat) threshold to enter the Knesset and raised the possibility supported by Meretz Party leader and Knesset member Tamar Zandberg of a Labor-Meretz merger.

Bar dismissed the idea of merging with Meretz, declaring that “we can rebuild right now via the September elections, and it starts with the primaries to choose the party’s leader. If we elect a leader who holds to the core Labor ideologies, who knows how to connect with the many diverse populations, and who has the experience to unify the various camps within the party and rile up the party base, we can rise once again.

“When I was a new party secretary in 2011 and the party had only eight mandates, all the naysayers said we were done. But then we won 15 seats and 24 seats in the next two elections, tripling our power in less than four years. It can be done,” he insisted.

When pressed for an example of such a leader, Bar pointed to Knesset member Amir Peretz, who has announced his candidacy for the party chairmanship. “Peretz knows how to raise all of Labor’s flag issues. When he led the party in 2006, he addressed minimum wage and pensions, but also pressed hard for a solution to the conflict while also securing Israel with the Iron Dome system. Amir knew how to reach out to new populations and won more votes than Likud in traditional Likud strongholds in the periphery such as Kiryat Shmona, Afula, Dimona, Netivot and Sderot.”

Bar believes that once a strong leader is chosen and Labor returns to its ideological roots, then the party will slowly become the strong alternative to the right-wing, and many Blue and White supporters who are not comfortable with the party’s lack of ideology will return.

Of course, not everyone in Labor agrees with Bar’s assessment of how to resuscitate the party.

Stav Shaffir, the fiery, popular, 34-year-old Labor Knesset member who has announced her candidacy for the party chair, told JNS that only young, fresh, passionate leadership can lead Labor back to its glory days. “The only path towards victory is to stop being afraid and to start fighting with courage and with no compromise, and to believe in ourselves,” she said. “The party of Rabin and Ben-Gurion deserves stronger leadership of this kind.”

Shaffir also believes that Labor should be open to all possible mergers, including with Meretz. Former Knesset Deputy Speaker Bar rejected that idea, pointing to the 2013 merger between Likud and Yisrael Beiteinu as an example of a merger taking away instead of adding seats. “In politics, one plus one doesn’t always equal three or even two. It often equals one-and-a-half,” he quipped.

Bar, who is currently working to establish a cross-party organization to educate Israelis about the importance of working towards a solution to the Israeli-Palestinian conflict, concluded the interview with optimism. “The final nail has not been hammered into the coffin just yet. Labor has a very large ideological base that is waiting for the party to return to that ideology.”

Before Labor chooses its new leader, it must decide how to do so. Veteran party members Peretz and former Prime Minister Ehud Barak (who may choose to run) wanted the party’s committee of 3,500 activists to choose the next leader. The party’s younger leaders, led by Knesset members Shaffir and Itzik Shmuli prefer to empower the party’s 60,000 members with a vote in the leadership primaries. The dispute went to court and the Tel Aviv District Court ruled that the part’s 60,000 members must be the ones to decide how the new party leader will be chosen.

One way or the other, Labor will choose a new leader on July 2. The success or failure of that decision will likely determine whether the party of Israel’s founding leaders will close its doors, or come roaring back and present an alternative to the ruling Likud.