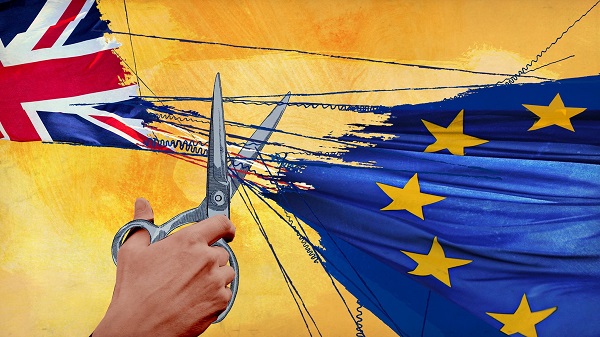 On one side of the English Channel, supporters see it as the greatest peace project the world has ever known.

But seen from that sceptered isle drifting scarcely 20 miles out at sea, the European Union looks more like a political assassin, one with a particularly rapacious appetite for British prime ministers.

The EU claimed its fourth victim in the past three decades on Friday, as a choked-up Theresa May announced that, having failed to get Britain out of the bloc, she would resign as leader of the Conservative Party on June 7 and make way for a new Conservative prime minister this summer. Three of her predecessors have also been evicted from Downing Street while trying to crack the code of Europe.

Now, a growing list of Conservative politicians are jockeying to replace her. Each has promised to end the impasse that has left Britain stuck in the nether region between EU membership and life on the outside. But if May’s successor is to avoid the same fate, analysts say, he or she may have little choice but to steer Britain toward what was once seen as a remote possibility but is increasingly viewed as a live prospect: a chaotic departure from the EU with no agreement on what comes next.

“A no-deal Brexit has become significantly more likely,” said Steven Fielding, a politics professor at the University of Nottingham. “Whoever follows May will be faced with an existential threat. They’ll think, ‘If I don’t deliver Brexit, I’m finished.’ ”

If Britain does jump into the post-EU world without a net, the impact would shake Britain’s economy – with ripples, and perhaps waves, far beyond its shores.

And yet several of May’s would-be successors have already argued in favor of that option, reasoning that Britain’s journey to freedom from the shackles of the EU begins with a departure on its own terms, rather than a compromise.

Boris Johnson, the former foreign secretary and front-runner to succeed May, highlighted the possibility on Friday, telling an economics conference in Switzerland that his country would “leave the EU on 31 October, deal or no deal.” (Halloween is the next in a series of deadlines since Britain’s vote to exit nearly three years ago.)

Of course, that could be a bluff. Johnson acknowledged as much, adding that “the way to get a good deal is to prepare for a no-deal.”

European policymakers love to loathe the list of ardent Brexiteers now aiming to succeed May at 10 Downing Street. They reserve particular disdain for Johnson, whom they remember from his days whipping up hostility toward the EU as a Brussels-based correspondent for the Daily Telegraph. Johnson and his fellow Brexiteers have spent three years advocating negotiating positions that are unrealistic given European demands and pressures, Brussels diplomats say.

“There are some in London who think they can negotiate another deal,” said Rosa Balfour, senior fellow at the German Marshall Fund. “That’s not going to happen. They’ve already got the best deal they’re going to get. The red lines will not change.”

May found that out the hard way. She repeatedly pressed her European counterparts to give her more beyond the compromise withdrawal deal she struck with them, so she could sell Parliament on the deal.

But she failed to get further meaningful concessions from Europe. And her fractious Parliament rejected the deal three times. May resigned rather than face the indignity of a fourth defeat.

With EU leaders insisting there will be no new negotiation, it is not clear how May’s successor can follow through on Brexit other than by departing with no deal or fundamentally changing Britain’s negotiating stance.

May’s downfall follows that of David Cameron, John Major and Margaret Thatcher, all of whom found themselves unable to unite the country – and, perhaps most critical, their party – behind a common position on Europe.

Conservatives will choose a new leader – and a new prime minister – over the next two months. Whoever wins the job will face the most daunting challenge yet in holding the party together. An expected drubbing in European Parliamentary elections at the hands of the Nigel Farage-led Brexit Party, which did not exist several months ago, will underline just how close the Conservatives are to cracking up, Fielding said. And it will probably embolden those on the right of the party who are pushing for an exit at any cost.

A Prime Minister Johnson also might have very different priorities than the woman he would replace.

“May’s overriding goal,” Balfour said, “was to save the Tory Party.”

Johnson, by contrast, may not care about bridging divides that have grown into a deep chasm. Like President Donald Trump in the United States, he sees himself as an iconoclastic politician who can dominate by satisfying a base, rather than appeasing disparate factions.

Another reason a hard Brexit looks increasingly likely is that, unlike every other option, a no-deal departure doesn’t require parliamentary approval. And, in fact, if the prime minister decides to go that route, there’s little Parliament could do to keep Britain from going over the cliff, according to Maddy Thimont Jack of Britain’s Institute for Government.

“It looks like a near impossible task for MPs to stop a prime minister who is determined to leave the EU without a deal,” she wrote in a recent analysis.

Little will be clear before late October, Europeans expect, because they don’t think British lawmakers will make any difficult decisions without a deadline to sharpen their minds.

It’s possible, some analysts believe, that whoever takes power in London could be confronted with the same painful Brexit education May has undergone. That, they say, could lead to yet more uncertainty and requests for extensions.

There are some European leaders – notably French President Emmanuel Macron – who long to pull the ripcord and cast Britain away so they can move on with their own plans.

But for now, European diplomats expect that an extension in October would be granted, following the same logic as an emergency meeting of EU leaders last month. It probably would be worse for the EU to have Britain depart in an uncontrolled fashion than to extend the uncertainty, they say.

Gone by the wayside, for now, are European dreams of a second referendum in Britain that could reverse Brexit altogether. May’s willingness to consider the idea helped spark the final rebellion that ousted her from office. Although most European leaders would be happy to put the brakes on Brexit if they had the chance to avoid it, they don’t expect to do so.

European leaders have offered no additional concessions to Britain, despite May’s struggle to pass the divorce deal, because they see the agreement less as a negotiation than as the only answer to a math problem.

Add up Britain’s red lines and what results is the current divorce deal, as unpopular as it is, policymakers in Brussels say. The only way to change the deal is to take away some of the red lines, such as a desire not to have a customs barrier between Northern Ireland and the rest of Great Britain.

That won’t change with May’s successor.

Even a no-deal Brexit wouldn’t end the drama. The conversation the next day between London and Brussels would be the same. They still need to find a solution to keep open the border between Northern Ireland and Ireland to avoid sparking a new conflict. They have to agree on a way for British citizens to continue to live and work in the EU, and vice versa. And the EU will still want Britain to live up to its financial commitments in the EU budget it agreed to before it decided to depart the bloc.

“Citizens, peace on the island of Ireland and money,” one senior European diplomat warned last month, speaking on the condition of anonymity to discuss sensitive negotiations. If there is a no-deal departure, the diplomat said, “every term in the withdrawal agreement will still be discussed with the U.K.”