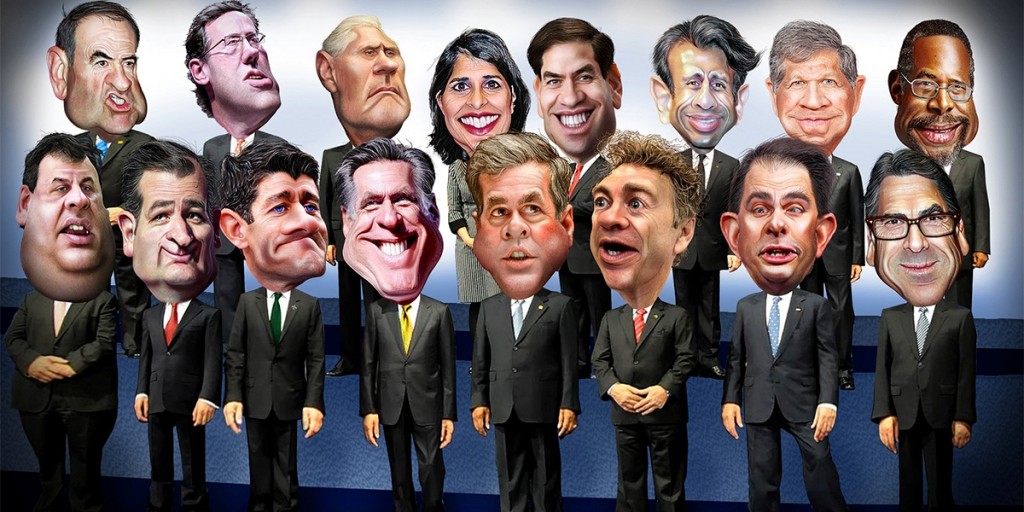 Outside of the first Republican debate of the 2016 presidential cycle in Cleveland, the atmosphere is electric. All of the media, TV trucks, conversation –– it feels more like a political convention or general-election debate than your first primary-season debate. And rest assured, it will probably get the largest TV audience for a primary-season debate, at least for one held on cable TV. Here is what to expect from each of the 10 GOP candidates participating:

First impressions are everything

Remember, while we’ve been following these GOP candidates for months, this debate is going to be the first impression that many Americans — and Republican voters — get of them. As a result, there’s a fine line between trying to be the Alpha Dog and looking desperate. This is maybe one of the reasons why first debates TYPICALLY have so few actual fireworks. The fireworks usually come at the later debates. One last point here: So far, the normal rules haven’t applied to Donald Trump. Just look at the two Republicans who tried to pick a fight with him: Rick Perry and Lindsey Graham. They didn’t make the main debate. Let’s rock-n-roll in Cleveland. The main debate starts on Fox News at 9:00 pm ET, and the earlier debate (for the candidates who didn’t make the main event) starts at 5:00 pm ET.

On the issues and the tactics

Outside of the personalities and strategies, tonight’s debate will be about the issues, too. Immigration is the issue that divides the GOP field the most. And with Rand Paul on stage, foreign policy will have a disagreement or two, as well. But the main disagreement from the candidates is likely to be over tactics. Do they support shutting down the government in the effort to defund Planned Parenthood? Do they promise to rip up the Iran deal on their first day in office — no matter the consequences from the rest of the international community?

The Republican Party warms up to Trump

Maybe the most fascinating polling results from our recent NBC/WSJ survey is tracking the Republicans who say they COULDN’T SUPPORT Trump – and seeing that percentage decrease.

Tonight’s debate will help determine if that trend continues. Or does it stop?