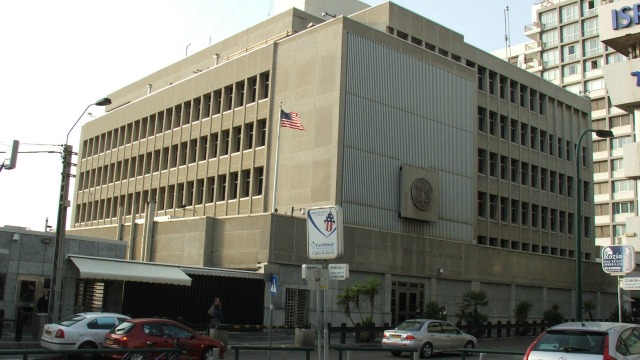 If President Trump is thinking about fulfilling his campaign promise to move the U.S. Embassy in Israel to Jerusalem, it is reasonable for him to apply the same test to this idea as he outlined in his inaugural address: How does it affect U.S. interests? Or, in the vernacular, what does the United States get out of it? The answer is threefold.

The first U.S. goal of moving the embassy to Jerusalem is to correct a historic injustice nearly seven decades old. When Harry Truman famously recognized Israel just 11 minutes after its independence in May 1948, he extended only de facto recognition; Washington recognized Israel de jure in January 1949. That step affirmed U.S. acceptance of Israeli control over all territory that it controlled, including lands beyond those defined for the Jewish state in the 1947 United Nations partition resolution, with one exception — the 38 square kilometers of Jerusalem held by Israel at the end of its war for independence.

Ever since, Washington has never recognized a single inch of Jerusalem as legitimately part of Israel — not during the 19 years it controlled what was then called “West Jerusalem” and certainly not during the nearly 50 years it controlled the rest of the city, captured from Jordan during the June 1967 war. This fact was most recently — and absurdly — underscored last September when the White House spokesman amended the phrase “Jerusalem, Israel” in the published transcript of the eulogy President Obama delivered at Shimon Peres’s funeral by deleting the word “Israel.”

None of this has stopped five U.S. presidents from visiting Jerusalem and conducting official business there. Still, the United States has never had a diplomatic facility in any part of the city to represent the United States to the government or people of Israel. Moving the embassy would repair that historic error.

But moving the embassy is more than about fixing the past; it is also about restoring balance to U.S. policy vis-à-vis future diplomacy regarding the city. While the absence of any U.S. representation in Jerusalem for Israel is common knowledge, it is less well known that the United States does maintain a diplomatic facility in Jerusalem to represent Washington to another claimant: the Palestinian Authority. As the official website of the U.S. consulate general in Jerusalem states, since the signing of the Oslo Accords in 1993, it “has served as the de facto representative of the United States government to the Palestinian Authority.”

The result is that Washington lacks any formal presence in the capital of its main democratic ally in the Middle East but does maintain a diplomatic presence in that ally’s capital for another political entity that claims territory within that city. It is incorrect, therefore, to say that U.S. policy has maintained steadfast neutrality on the question of Jerusalem so that it can protect is position as an “honest broker.” As odd as it sounds, actual U.S. policy does tilt toward one side — the Palestinians.

The Jerusalem Embassy Act of 1995 was meant to address this problem, but Presidents Clinton, George W. Bush, and Obama consistently waived its provisions, citing their view that the law intrudes on executive branch authority in foreign affairs. Moving the U.S. Embassy would correct the perception of imbalance and enhance the prospects of Washington helping eventually to negotiate an Israeli-Palestinian peace accord that, as both sides have agreed, would resolve the permanent status and boundaries of the city of Jerusalem.

Thought-provoking opinions and commentary, in your inbox daily.

The third benefit to U.S. interests of moving the U.S. Embassy to Jerusalem addresses a broader policy objective — helping to repair the crisis of confidence among America’s Middle East allies, both Arab and Israeli.

However impressive Obama’s legacy may be on many issues, in the Middle East there is near universal relief among leaders of America’s allies that his term has ended. That is because both Arabs and Israelis believe the Obama administration elevated outreach to America’s adversaries — especially Iran — over fidelity to America’s allies. For Trump, turning a page in the Middle East requires a commitment to restore trust and intimacy between Washington and its regional partners, a strategy he might call “America’s allies first.” Within this context, a decision to fulfill his promise to move the U.S. Embassy to Jerusalem would send a message that America’s word is truly its bond. Of course, Arab leaders should not be expected to applaud the embassy relocation. But if the move is explained as part of a strategic realignment of U.S. priorities in the region, targeted toward the “West Jerusalem” territory that Israel has held since its founding, and presented as having no impact on the contested status of holy sites, they would likely understand and not actively oppose the initiative.

Are there potential costs to the embassy relocation? Certainly. Presidents of both parties who made and then broke a promise to move the embassy were evidently convinced that it would ignite such outrage in Arab and Muslim-majority countries and trigger such violence among Palestinians themselves that the costs outweighed the benefits. Opponents of the idea have always cited this argument as though it were a self-evident truth.

Of course, this analysis is not self-evident — it takes ominous warnings by certain Middle East leaders at face value, builds on what is essentially a condescending view of Arabs and Muslims that assumes they will react mindlessly to incendiary calls to violence, and does not reflect a potential impact of subtle, creative and at times forceful U.S. diplomacy. Most important, this assessment focuses solely on potential costs of an embassy move and insufficiently — or perhaps not at all — on potential benefits.