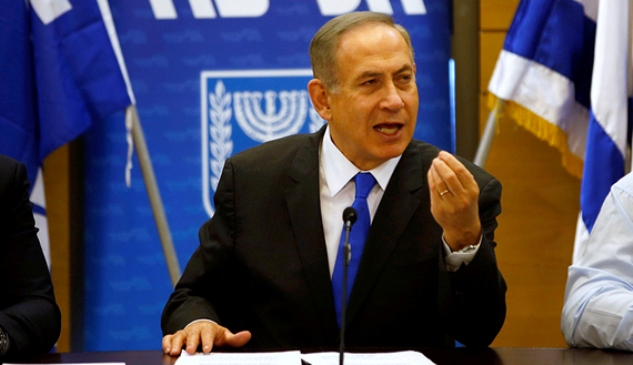 As Prime Minister Bibi Netanyahu leaves on his first White House visit with President Donald Trump, a key goal will be curtailing Iran’s financial and military support for anti-Israel proxies in the region, primarily Hezbollah.

Israel Katz, intelligence and atomic energy minister, said Netanyahu will urge U.S. officials to drive a wedge between Iran and Hezbollah through harsh sanctions that will make Tehran think twice about supporting the Lebanese group, whose military wing is considered a terrorist organization by much of the West.

When he lands in Washington next week, Netanyahu’s priority will be to turn over a new leaf with the White House after eight years of acrimony during the Obama era. The two leaders disagreed on policy toward the Palestinians and Iran, with the relationship growing particularly icy after Netanyahu denounced the Iran nuclear deal in a speech to the U.S. Congress.

As the Obama administration focused international efforts on forging a deal that limits but enshrines Iran’s ability to enrich uranium, Israel and Sunni Arab nations looked on with despair as Iran’s influence in the region grew from Yemen and Iraq to Syria and Lebanon.

Israel still sees Iran’s nuclear aspirations as an existential threat. But with the nuclear deal now in place and difficult to undo, Netanyahu’s focus has turned to enforcing its details, limiting missile production and curbing Iran’s influence in the region. He sought to enlist British support for such efforts in a meeting with U.K. Prime Minister Theresa May earlier this week.

As the new U.S. administration takes a more belligerent tone toward Iran, Israel sees an opportunity to roll back the clock to a time when Washington saw Tehran as part of an “axis of evil.” Trump has imposed new sanctions on Iran for ballistic missile testing, and is considering labeling its Revolutionary Guards corps as a terrorist organization.

“We see a new and very close alliance on the question of Iran, something that has changed from the past U.S. administration,” Katz said in an interview in Tel Aviv. “The president has recognized that it’s the biggest financial backer of terrorism around the world.”

Netanyahu may also discuss with Trump how to cope with the possibility that Iran could one day pursue a nuclear bomb. Israel will request to tighten intelligence-sharing and forge a joint plan on what steps to take when the deal ends and most limits on Iran’s nuclear capabilities expire, said Michael Oren, a deputy minister in the prime minister’s office. Iran has repeatedly denied that its nuclear program has a military component.

“Iran will soon be in a position to legally develop their nuclear program,” Oren said. “How do you protect Israel from this deal when it expires? That’s something Netanyahu will want to discuss with Trump. He’ll want to make sure the U.S. is providing all the support necessary for that looming threat.”

To cut off the route linking Iran to Lebanon, Israel wants the U.S. to advocate for an accord in Syria that diminishes Iran’s future role. That would require the U.S. and Russia to strike a wide-ranging deal that pushes Iran and Hezbollah out of Syria, Katz said.

Israel and Hezbollah clashed repeatedly during Israel’s years-long occupation of southern Lebanon, and fought again during a monthlong war in 2006. Since then Hezbollah has replenished its arsenal with higher-quality missiles that can hit much of Israel.

“In the last war Israel didn’t hit so much Lebanese infrastructure, but because the size of the threat now is much bigger the size of the Israeli reaction in the next war will mean that all of Lebanon will be targeted,” Katz said. “Therefore all international parties should have an interest in weakening Hezbollah and reducing it as a threat.”