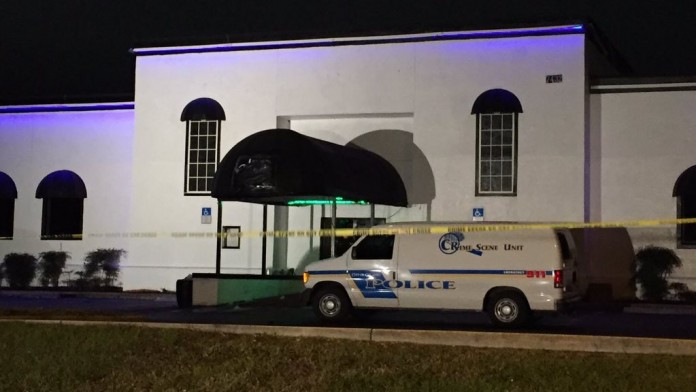 Dawn was nearing, and police had a tough decision to make. They faced a terrorist holding hostages in a bathroom. He’d shown a willingness to slaughter innocent people. An unknown number were dead or dying inside Orlando’s Pulse nightclub.

Negotiations by phone with the gunman, Omar Mateen, had gotten nowhere.

“He really wasn’t asking for a whole lot, and we were doing most of the asking,” Orlando Police Chief John Mina said Monday.

Mina and his colleagues opted to stage a rescue at 5 a.m. Three hours after Mateen first began shooting, they breached the building – detonating an explosion on an exterior wall and ramming it with an armored vehicle. Traumatized club-goers escaped into the night, and then the gunman appeared in the opening, heavily armed and seemingly ready for what is known in law enforcement as suicide by cop.

Orlando police had trained for precisely this kind of active-shooter event. So had the doctors, nurses and emergency-room personnel of Orlando Health Regional Medical Center, just blocks away. The hospital is a Level 1 trauma center. Its staff had run drills to prepare for mass casualties.

But there are limits to what can be trained for, and although police and medical personnel saved many lives, one man with a radical ideology and high-powered weapon still managed to slay at least 49 people and leave scores wounded.

Two other police officers quickly arrived on the scene, stormed into Pulse and engaged Mateen in a gun battle.

He retreated into a club bathroom. Although official accounts of what happened remain sketchy, it appears that four or five people were already huddled there. Fifteen to 20 others took shelter in a second restroom.

The shooting stopped, and police retreated. The active-shooter event was now a hostage situation.

Meanwhile, people with gunshot wounds were coming into the medical center, and emergency-room personnel had to triage the casualties. Nine people were brought in with no vital signs or with mortal injuries and were pronounced dead there. The hospital treated 44 victims, and more than half a dozen surgeons performed 26 operations through the day and into the evening Sunday.

“You can never fully prepare for the devastation of such an event,” Michael Cheatham, the hospital’s chief surgical quality officer, told CNN.

In those initial hours, there was much uncertainty about the scale of the attack and number of attackers. Rumors circulated later that there was a gunman in the hospital. Not true – that was the fog of war. But the medical center, and other Orlando hospitals, went into lockdown mode.

Eric Goralnick, medical director for emergency preparedness at Brigham and Women’s Hospital in Boston, which received many of the victims after the 2013 Boston Marathon bombing, said that events with mass casualties raise very tough issues. Hospitals may mark victims with color-coded tags, ranging from black for the dead or close to dying, red for the critically injured who can be saved, yellow for those in need of care and green for the walking wounded.

It poses “a lot of ethical dilemmas for people that are doing the best they possibly can,” Goralnick said Monday.

High-velocity bullets of military-style weapons present particular challenges, according to Tom Kirsch, a professor and director of the Center for Refugee and Disaster Response at the Johns Hopkins Bloomberg School of Public Health.

“Often, there is a small entry hole but extensive internal damage blown out behind that,” Kirsch said. “It’s the velocity of the bullet that’s so devastating. There is a lot of tissue damage and very extensive organ damage as the bullet tumbles through the body and exits.”

At the nightclub, Mateen became communicative. At 2:30 a.m., he called 911 but quickly hung up without saying anything, FBI Director James Comey recounted at a briefing Monday. Then he called back, spoke briefly with the 911 dispatcher and hung up again. The dispatcher called back, and they had a second brief conversation.

“During the calls he said he was doing this for the leader of [the Islamic State] who he named and pledged loyalty to,” Comey said. He said the gunman also expressed solidarity with the perpetrators of the Boston Marathon bombing and with Moner Mohammad Abusalha, a Florida man who in 2014 became a suicide bomber in Syria.

Mina said Mateen was “cool and calm.” Mina told The Washington Post, “He sounded fairly calm for someone who just shot a bunch of people.”

The gunman made some ominous comments about explosives and said that the bomb-sniffing dogs in the police department weren’t good enough, Mina said. The police chief said authorities were worried not only about the hostages in the bathroom with Mateen, but also the club-goers in the other bathroom, which had an open door. Police decided to knock a hole in the exterior of the building to free the people in that second bathroom.

“There was a timeline given, and we believed that there was imminent loss of life that we needed to prevent,” Mina said. “It’s a tough decision to make knowing that people’s lives will be placed in danger by that, our officers’ lives would be placed in danger.”

Gary Noesner, the retired chief of the FBI negotiation unit and author of “Stalling For Time: My Life As An FBI Hostage Negotiator,” said authorities face a tricky situation when a gunman is determined to die: “If they obviously don’t want to live, the most clever phraseology in negotiations are not going to get you the outcome you want.”

J. Pete Blair, executive director of the Advanced Law Enforcement Rapid Response Training Center, pointed out that there were people potentially bleeding to death in the club.

“There’s a balancing act, because you had people in there who were already shot, who might need medical assistance, who you can’t access because there’s a guy in there who’s a threat,” Blair said.

As 5 a.m. approached, Mina ordered the rescue, starting with an attempt to breach the exterior wall with a controlled explosion. The explosion didn’t succeed, so police used an armored vehicle to make the opening.

Mateen was quickly cut down in a massive volley of gunfire. Orlando police identified 11 officers who at some point fired on the gunman. Most are department veterans and members of the SWAT team.

Mina acknowledged it was possible that some people were struck in the crossfire: Eight or nine SWAT officers, he said, were firing against the backdrop of a concrete wall.

“It was the right decision to make,” Mina said.