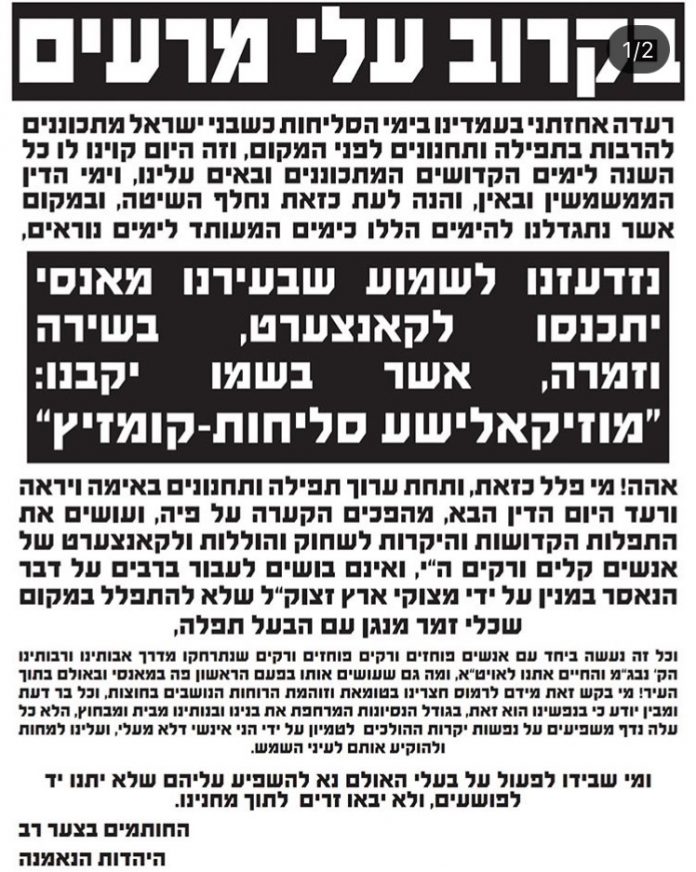 Last night was the first night of selichos. For hundreds of years this meant going to a bais medrash to learn a bissel mussar, maybe listening to shmooze from your Rav or Rosh Yeshiva on inynei d’yoma, before starting to say selichos at chatzos.

Of course, in 2018, everything needs to be updated. The new version of leil selichos now includes guitars, bongos and other instruments. Instead of crying and teshuva we have videos of people singing and dancing. In name of “spirituality” we’ve changed the way things have been done for generations. And they say that Reform began when a shul chose to remove one “Yikum Pirkun” from davening…

I’m not a Rov or a Rosh Yeshiva that can shtell mussar or tell anyone what to do. But I also can’t watch as the night of Selichos turn into a party time without being moche.

Thank you for publishing,