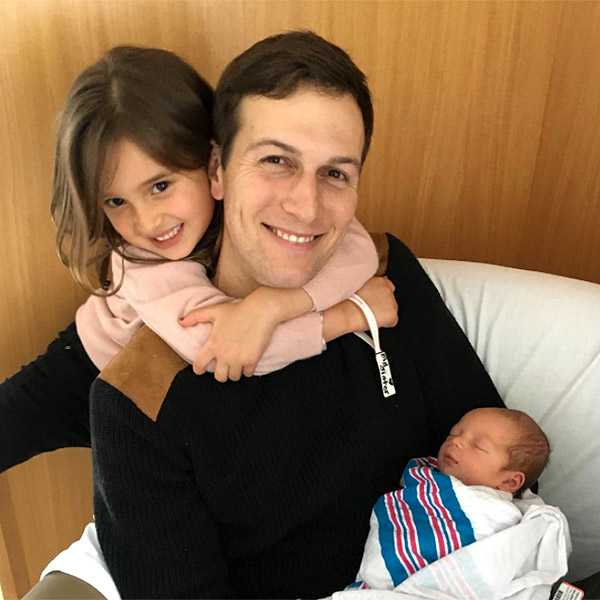 At every Chanukah party in certain Washington circles this year, the topic of conversation has been the same: Which shul will the First Daughter and her family attend?

Ivanka Trump, who converted to Judaism before she married her husband Jared Kushner, will be the first Jewish member ever of a U.S. president’s immediate family. As she and Kushner plan to move to Washington, D.C. – where they are expected to remain key advisers to Trump’s father, the president-elect – the District’s Jews are buzzing with speculation about which shul the couple will join and what Jewish schools they will select for their young children.

Jewish Primary Day School is seen as a prospective school for the couple’s oldest child Arabella, who is currently in kindergarten. Officials at the school declined comment.

The couple has a third child, Theodore, born in March.

At any shul or school the couple chooses, they will be joining a local Jewish community that is highly unlikely to embrace Donald Trump’s presidency. Nationwide, just 24 percent of Jews voted for Trump, and prominent Jews and Jewish organizations have repeatedly expressed concerns about Trump’s policies and about anti-Semitism among his supporters. In the District, more than 90 percent of all residents voted for Hillary Clinton.

But Ron Halber, president of the Jewish Community Relations Council of Greater Washington, said he doesn’t think local Jews will let their feelings about Donald Trump interfere with how they treat the Kushner family.

“I don’t think the issue of whether he was popular or not with Jewish voters will have any reflection on their acceptance,” he said.

At Ohev Sholom, Rabbi Shmuel Herzfeld has been outspoken in denouncing Donald Trump. When Trump spoke at AIPAC’s convention in the District during his campaign, Herzfeld stood up in the audience and yelled, “Do not listen to this man. He is wicked. He inspires racists and bigots.” Security ejected him.

Herzfeld declined to speak to the Post about whether Trump and Kushner have expressed interest in membership at Ohev Sholom. But when the New York Post wrote that the couple was looking into joining Ohev Sholom, Herzfeld wrote on Facebook, “this story as far as I know is false.”

At Chabad, Rabbi Levi Shemtov would not discuss with a reporter whether or not Kushner and Trump had spoken with him about attending his shul.

The consensus among many in the District’s Modern Orthodox community is that Kesher Israel seems the best option for the couple. If they want to walk to the White House to advise the president on a pressing matter on Shabbos, then Kesher Israel is just a mile-and-a-half away.

A long list of politically prominent Jews have davened at Kesher Israel, including longtime senator and former vice presidential candidate Joseph Lieberman and current Treasury Secretary Jack Lew. The congregation is a mix of Democrats and Republicans, including at least a few Trump voters, member Aaron Keyak said.

“I can tell you unequivocally that Ivanka and Jared and their family will be welcomed at Kesher Israel. We’re there to daven and live a Jewish life together not to re-litigate the election,” said Keyak, a consultant who does public relations for several D.C. Jewish organizations and who helped run an anti-Trump Super PAC in the Jewish community.

“It might be that the gabbai was during the week working against you on a campaign but now is calling you up for an aliyah,” he said. “It’s an oasis of friendship and understanding in an increasingly partisan town.”

Elanit Jakabovics, the president of Kesher Israel, said that she was not at liberty to discuss whether Trump and Kushner were considering joining. But she said, “We park our politics at the door and welcome anyone, whether it’s Ivanka and Jared or anyone else who lives and works here. Everyone is welcome to come and pray.”

A First Daughter in the pewsmight even bring some welcome positive publicity for Kesher Israel.

As far as other options for Jewish day schools, a source involved at the Charles E. Smith Jewish Day School – the main competitor to JPDS, the school the family reportedly has expressed interest in – said that the family has not toured the school. And the Melvin J. Berman Hebrew Academy, where the Kushner children might go if their parents wanted to send them to school in the Maryland suburbs, said it would not comment on prospective students.

If Donald Trump’s grandchildren do end up at JPDS, they will be joining a long history of political children, including the children of Joe Lieberman and Rahm Emanuel, who have attended while their parents worked in Washington.

Aviva Kempner, a documentary maker involved in the local Jewish community, said Trump’s choice of shul was the topic of conversation at three Chanukah parties she attended in a row last week – one at Bluelight Strategies, where Keyak is managing director; one at Moment Magazine; and one at the White House.

“Everyone’s wondering which synagogue they’ll daven at, and where they’ll send their kids to school,” Kempner said.

Not everyone, of course. Leon Wieseltier, the former literary editor of the New Republic and one of Kesher Israel’s prominent members, responded when asked about whether Trump would choose his shul: “Who cares?”

Leave a Reply to the professor Cancel reply