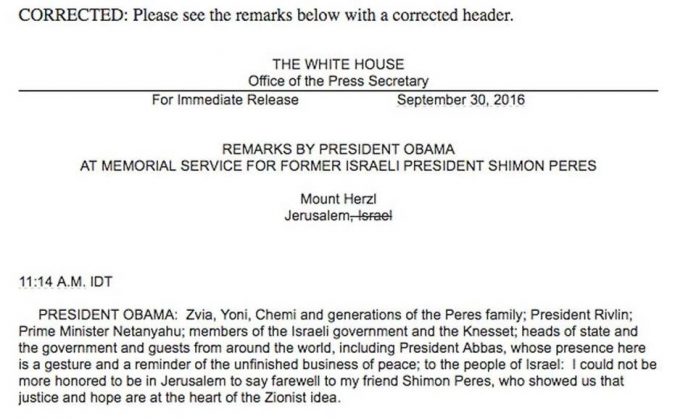 The White House forgot its own policy on Yerushalayim on Friday, reports McClatchy.

The administration initially sent out a copy of President Barack Obama’s remarks at former Israeli Prime Minister Shimon Peres’ levayah in Yerushalayim, indicating that the remarks had been given in Yerushalayim, Israel.

But later Erev Shabbos afternoon, the press office sent out a correction to the previous email, striking out “Israel” from the header of the transcript.

U.S. policy – a mistaken one, of course – has long refrained from recognizing any nation’s sovereignty over Yerushalayim.

A 2015 Supreme Court decision reaffirmed U.S. practice that forbids Americans born in Yerushalayim to list Israel as their country of birth on passports.