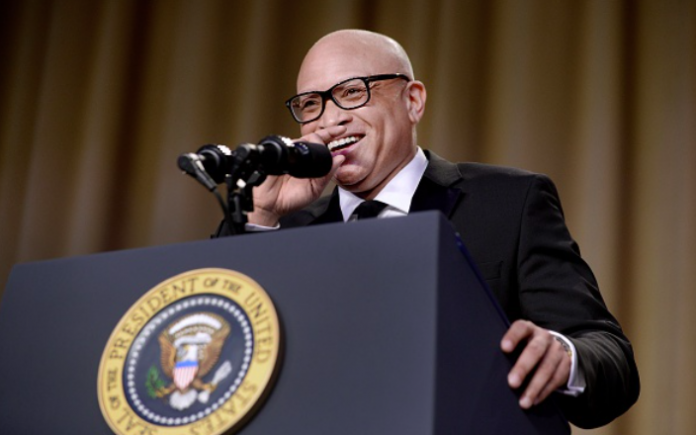 In an extended exchange with April Ryan, Washington bureau chief for the American Urban Radio Networks, Earnest said the comedian’s decision to use racial slurs to describe an imaginary comment by Andrew Jackson about former Republican presidential candidate Ben Carson, as well as in connection with President Obama himself, was understandable. In concluding his remarks, Wilmore described the progress the United States has made in his lifetime by electing an African American president, saying, “So, Mr. President, if I’m going to keep it 100: Yo, Barry, you did it, my n—–. You did it.”

Ryan noted that there was “an eerie, awkward silence and quietness” in reaction to the comment, and many guests “were appalled. Even members of the Republican Party, black Republicans, were upset.”

“Any comedian who’s signed up to follow President Obama at the White House correspondents’ dinner is assuming one of the most difficult tasks in comedy. Just by the nature of the engagement, that’s a tough job, following the president of the United States,” Earnest said, adding that there’s an expectation “comedians are going to go right up to the line” in their remarks.

“It’s not the first time in the Monday after the correspondents’ dinner, that some people have observed that the comedian at the dinner crossed the line,” he said.

Earnest said he had discussed Wilmore’s routine with Obama Monday morning, and the president expressed no qualms about it. At the end of the routine, Wilmore remarked, “When I was a kid, I lived in a country where people couldn’t accept a black quarterback. Now think about that. A black man was thought by his mere color not good enough to lead a football team — and now, to live in your time, Mr. President, when a black man can lead the entire free world.”

“He said that he appreciated the spirit and the sentiments that Mr. Wilmore expressed,” he said. “He ended his speech by saying that he couldn’t put into words the pride that he felt in this president, and he made the observation that this country has made remarkable progress in this lifetime.”

When Ryan suggested that someone was the “butt of the joke” in using a racial epithet, Earnest replied, “I’m confident that Mr. Wilmore used the word by design. He was seeking to be provocative. But I think any reading of his comments makes it clear he was not using the president as a butt of a joke.”