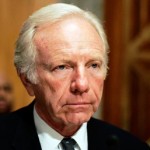 President Barack Obama faces a huge pile-up of trouble if he has to veto Congress’ rejection of the Iran nuclear deal. Other governments involved have expressed concern that a deal preserved only by a sustained veto might represent a lack of long-term American commitment. Opponents of the deal say forcing the president to veto the measure would send a message to Iran that enough members of Congress are ready to impose new sanctions on Tehran if it fails to follow the accord.

Forcing the president to pull out his veto pen is “important as a statement to Iran, and may make it more likely that Iran keep the promises about what it will not do,” said former Connecticut Sen. Joe Lieberman, chairman of United Against Nuclear Iran. Lieberman says the Iran debate isn’t “static,” changing daily as Iranian leaders utter bellicose rhetoric and new revelations about secret deals with international inspectors roll out.

Senate Foreign Relations Committee Chairman Bob Corker (R-Tenn.) said that when he saw Senate Minority Leader Harry Reid (D-Nev.) say that he is trying to build support for a filibuster to block a vote on the Iran deal, his response was: “Is that where they really want to be? Do they really want to vote to block consideration of…probably the biggest foreign policy endeavor? Do they want to be in a place where they voted to keep from going to the substance [of the Iran debate]?”