[Click here to view.] The White House this morning released President Barack Obama’s original “Certificate of Live Birth” from Hawaii amid persistent questions about his citizenship.

The long-form birth certificate, which the White House requested, says Mr. Obama was born at 7:24 p.m. on Aug. 4, 1961, in Honolulu. The certificate includes signatures of the attending doctor and Mr. Obama’s mother, Stanley Ann Dunham, who was 18 at the time. During the campaign, the White House released a computerized abstract of Mr. Obama’s birth certificate that is commonly used in Hawaii. That version didn’t include signatures or other details.

The White House had to request the long-form birth certificate, and an official traveled to Hawaii to pick it up. Mr. Obama held a press briefing to discuss the issue and said he normally wouldn’t comment on the birth debate but is doing so because it is becoming a distraction and sideshow.

He said over the last two years he has watched the debate about his birth with bemusement and amazement. Mr. Obama also said the country faces enormous challenges and “has better stuff to do,” including lowering the deficit and creating jobs, than continuing to debate his birthplace.

The certificate also shows his father, Barack Hussein Obama, was 25 at the time and listed as a student with his birthplace as “Kenya, East Africa.” 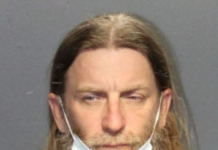