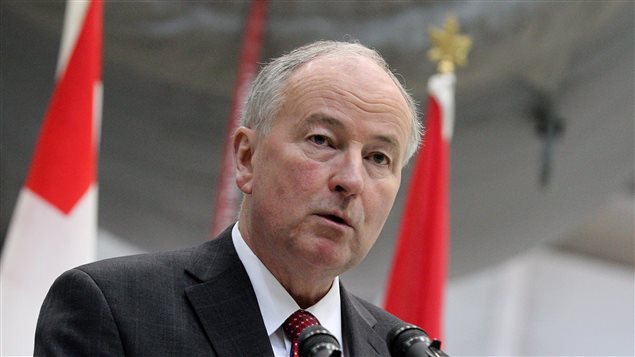 The Trump administration on Tuesday moved to impose a 20 percent tariff on softwood lumber arriving from Canada, Commerce Secretary Wilbur Ross said. The tariff will be applied retroactively, Ross told The Wall Street Journal in an interview, and will affect some $5 billion in Canadian imports per year.

“We tried to negotiate a settlement, but we were unable,” Ross said of conversations with Canadian officials. The Canadian government responded swiftly to the news, calling the reasons for the tariff “baseless and unfounded” and saying it “disagrees strongly” with the decision. Two more rounds of approvals are needed before full implementation—one from the Commerce Department and another from the U.S. International Trade Commission. Trump employed protectionist rhetoric on the campaign trail, and at the beginning of his presidency he pulled the U.S. out of the proposed Trans-Pacific Partnership. Read more at THE WALL STREET JOURNAL