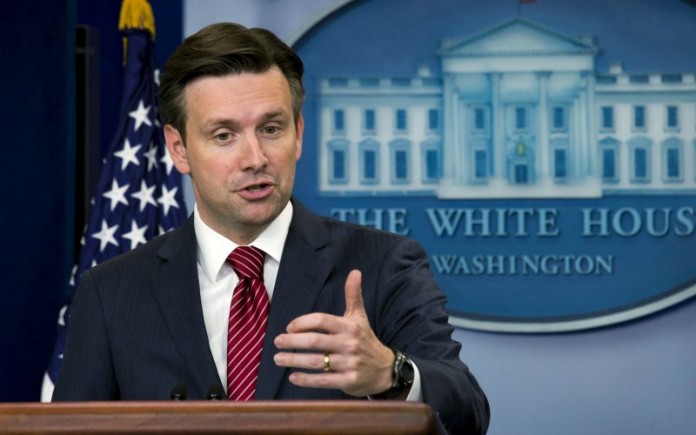 The White House has responded to Sarah Palin after she suggested President Obama is to blame for her son’s PTSD and domestic-violence arrest.

“I don’t know if the president saw the remarks,” White House press secretary Josh Earnest said during a Thursday briefing. “I can tell you that the reaction of some people is to make light of the rhetoric that we see on the campaign trail, particularly from Gov. Palin, but the fact is domestic violence is not a joke.”