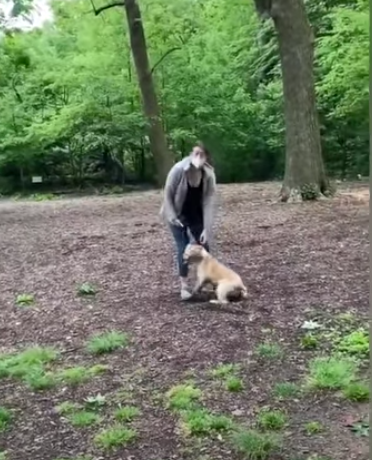 The white woman who falsely claimed she was threatened by a black birdwatcher who asked her to leash her dog in Manhattan’s Central Park was charged Monday with filing a false report, the Manhattan district attorney said.

Amy Cooper, 41, gained national notoriety in late May after she was captured in a now-infamous video threatening to call police on the man, stating, “I’m going to tell them there’s an African American man threatening my life.”

The exchange went viral after it was posted online, drawing comparisons to the case of Emmett Till and sparking discourse about the ways that white people weaponize authorities against black people who have done nothing wrong.

Cooper was charged Monday with falsely reporting an incident in the third degree, District Attorney Cyrus Vance Jr. said – a misdemeanor that carries a maximum penalty of one year in jail or three years’ probation and a fine of up to $1,000.

“Our office will provide the public with additional information as the case proceeds,” Vance said in a statement. “At this time I would like to encourage anyone who has been the target of false reporting to contact our Office. We are strongly committed to holding perpetrators of this conduct accountable.”

The man Cooper called the police on, Christian Cooper, who is not related to her, declined to comment on the charges. After the incident in May, he told The Washington Post, “I don’t think there’s any African American person in America who hasn’t experienced something like this at some point.”

Christian Cooper, a 57-year-old science editor, previously told The Post that he has been a birder his entire life and enjoyed going to Central Park to look at wildfowl. Perturbed by pet owners who in recent days let their unleashed dogs dig up the soil, he said, he occasionally reminded them to keep their dogs on leashes.

When he asked Amy Cooper to do the same on May 25, she refused, so he offered a treat to the dog – a tactic he had previously used to get the attention of pet owners who did not leash their dogs. He then began recording.

“Please call the cops,” Christian Cooper responded as Amy Cooper whipped out her phone. “Please tell them whatever you’d like.”

While on the phone with police, Amy Cooper alleged that an “African American man” was “recording me and threatening me and my dog.”

Amy Cooper, who lost her job soon after the incident, said in a public apology the following day that she had made false assumptions about Cooper, “when, in fact, I was the one who was acting inappropriately by not having my dog on a leash.”

She alleged that she felt threatened when Christian Cooper confronted her “in an area where there was no one else nearby,” saying he made a comment that she would “not like” what he was going to do next.

“I assumed we were being threatened when all he had intended to do was record our encounter on his phone,” she added.

Robert Barnes, a California-based attorney, said in a tweet Monday that he was representing Amy Cooper. He wrote that his client would “be found not guilty of this misdemeanor charge” and said more information would follow.