President Obama and Democrats have raised $250 million dollars so far this election cycle. But who actually pays for the president’s travel costs so he can get to these multimillion dollar mansions to raise money? In part, you and I do.

So far this year, President Obama has taken four trips, including 18 fundraisers outside the greater Washington, D.C. area. But during each trip he also conducted official business. That means that the White House — in other words, taxpayers — splits the cost with the Obama campaign.

But how do they split it? Take Obama’s recent trip out west, when he travelled to three states over three days. He attended eight fundraisers, and held just two official events – a factory tour in Wisconsin and a Boeing plant visit in Seattle.

The cost of operating Air Force One is $179,750 per hour, according to the U.S. Air Force. White House Pool reports show that the plane flew for nearly 12 hours for that trip, which means the plane ride alone cost more than $2 million. That doesn’t even include the cost of flying advance workers and specialty vehicles ahead of time to the president’s destination, not to mention the cost of setting up security.

So what was the total cost of that trip to taxpayers?

“Even on a trip that ends up designated as 100 percent political,” he added, “taxpayers end up bearing most of the cost.”

The campaign does not reimburse the government for the cost of flying Air Force One, but for the equivalent cost of flying the president and his staff first class on a commercial airline.

Indeed, Presidents Bush, Clinton, Bush, Reagan, and on and on all used this same formula. Doherty says when it comes to presidents taking advantage of this billing technicality, each one exploits it more than his predecessor.

So far the Obama campaign has reimbursed the government $1.5 million. 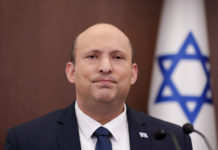