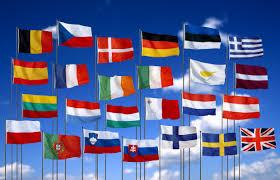 Norbert Hofer supports the idea that Austria must act independently of the European Union. Some refer to the third president of the National Council as Austria’s Donald Trump; some accuse him of holding neo-Nazi views. Tweeting in the early hours of the results, Hofer said, “#Brexit What an exciting night. The EU must break new ground if you want to survive.” He lost a cliffhanger presidential election in May by 0.3 percent of the vote.

Tom Van Grieken is the 29-year-old leader of Belgium’s far-right Flemish nationalist party, Vlaams Belang, which advocates splitting Belgium into Dutch and French-speaking nations. Campaigning on an anti-immigrant platform, Van Grieken and his party say they want a Flexit – or Flemish exit – if the EU fails to listen to their anti-immigration message.

Congratulating the British in a Facebook post, Kristian Thulesen Dahl said, “The EU has taken too much power from the states and is now paying the price.” The DPP opposes the European Union, saying, “We will not allow Denmark to surrender its sovereignty.” The DPP supports alliances with NATO and the U.N. Many see Denmark as the next potential departure from the EU.

“The time is ripe for a New Europe,” Frauke Petry tweeted Friday. In a response to Brexit, Petry warns the European Union that more nations will follow the British and “reclaim their sovereignty” if changes are not made. Her party is poised to win big in German parliamentary elections next year.

The far-right, anti-immigrant Prime Minister Viktor Orban shut Hungary to refugees last year, exacerbating the crisis. In Britain, “the decisive issue was the question of immigration,” Orban said in a radio interview on Friday. “Europe can only be strong if answers are given to the questions of great significance, like immigration, that strengthen it, not weaken it.”

Beppe Grillo, a comedian-turned-politician in Italy who founded the Five Star Movement political party in 2009, has electrified voters fed up with their country’s old-style politicians. A 37-year-old Five Star politician was elected the first female mayor of Rome this month, and another Five Star candidate won the same office in Turin.

Geert Wilders took to social media with excitement over the British leaving the EU with a tweet saying, “Hurrah for the British! Now it is our turn. Time for a Dutch referendum!” Referring to Brexit as “Britain’s Independence Day,” Wilders says Britain is paving the way for the liberation of European countries.