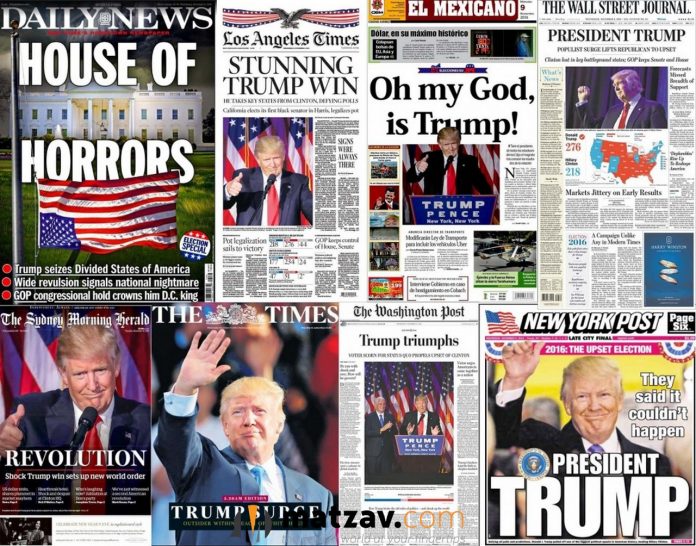 The endless election, finally, has ended. Let the books, and the rehashing of the election, begin.

Publishing executives say that few campaign-related book proposals had circulated prior to Tuesday’s seismic results – but that changed quickly. The election created a new narrative, a fresh set of victors, and a scramble to understand an outcome that few media elites – and seemingly no polls – had predicted.

“There’s going to be a cascade. An awful lot of people want to weigh in,” says veteran editor Peter Osnos, founder of the imprint PublicAffairs, who has worked on books with Donald Trump (“Until I was ousted on ‘Art of the Deal’ “), Barack Obama and Bill Clinton.

Given this year’s saturation coverage of the race, Hillary Clinton’s penchant for privacy, Donald Trump’s banishment of some reporters, and the dominance of social media, editors say that the challenge will be to offer fresh information, extraordinary insights or a new way of recounting recent history.

“Everyone wants to read a supersmart voice on how we fix the social mobility problem,” says one editor of multiple political books who, like many publishing officials, was unwilling to speak on the record. Publishing is a competitive and secretive business; houses don’t want to tip their hand as to whom they’re hoping to sign.

Editors expect journalists Mark Halperin and John Heilemann, who wrote “Game Change” and “Double Down,” juicy accounts of the 2008 and 2012 elections, to write a third volume. (The first book was the rare campaign book made into an Emmy-winning television drama.) The Bloomberg Politics managing editors declined to comment on their plans.

Kellyanne Conway, the first woman to helm a winning presidential campaign, is now a valuable prospect, and one Trump insider who may be permitted to publish her story.

“He owes her big time. She will write a book,” says Osnos, who believes that campaign chairman Steve Bannon may write one, too.

“Donald Trump will find it irresistible to have his victory enshrined in books,” Osnos says. “He will not want his historic victory to go unremarked. Books have always been a big way to tell his story.”

Indeed, Trump is his own veritable library, having published 16 titles, most of the you-too-can-get-rich variety. An editor at his current imprint declined to discuss future publishing plans.

The election results could weigh heavily on the outcome of forthcoming titles. Bernie Sanders’ “Our Revolution,” to be published Tuesday, may be received differently in the wake of Hillary Clinton’s defeat. Fox News host Megyn Kelly’s memoir, “Settle for More,” which is to be released that same day and which reportedly sold for $6 million, may also be affected by Trump’s success and, by extension, that of Kelly’s former boss, Roger Ailes. Kelly alleges that Ailes, who advised Trump after leaving Fox, sexually harassed her when he was running the network.

Barack and Michelle Obama will write books. Of that, publishers are certain.

Obama, already a best-selling author with “Dreams From My Father” (1995) and “The Audacity of Hope” (2006), is expected to command $15 million for his presidential memoir, publishing executives say. This is the same amount that Bill Clinton earned for his 2004 doorstop, “My Life.” (Given the drastic changes in the book industry over the past dozen years – the bankruptcy of Borders, the rising popularity of e-books vs. print, multiple mergers of imprints – publishers don’t anticipate the price spiking much higher.)

Obama will stick with Crown, insiders believe, which published his last book and is owed another volume under contract.

His next book will now have to address Trump and what this election’s results mean for the Obama legacy. Washington power lawyer Robert Barnett, who represents Obama and so many other major political players, declined to comment.

The first lady, a star in the campaign who has an even higher approval rating than her husband, will be in great demand. “I could see her signing a multiple-book deal,” one publishing executive says, “a memoir, a book on food or health and fitness.” Basically, anything.

And everyone wants a bit of Biden, who combines the common touch with a lengthy career and the extraordinary loss of his first wife, daughter and son.

To the vanquished go fewer spoils. Although, there is one Clinton insider whom many editors would love to sign: Huma Abedin. But “less her role as Hillary’s aide,” one editor says, “and more as wife and mother.”

Editors are looking for breakout stylists to make sense of the election. “Someone like Hunter Thompson, although this campaign is way too Hunter Thompsonesque and beyond what he could do,” says Macmillan’s John Sterling, who has edited Elizabeth Warren, Al Gore and Jimmy Carter. “The real story is what happens to these two parties” now that the election is over.

A bit of distance and perspective helps.”This is not a traditional trajectory. Because it’s such a stunning result, it’s going to take a bit of time,” Osnos says. The “American intelligentsia is in a state of advanced shock, while the great American masses have just exercised their prerogative.”

What so many missed, he says, is that those masses “were already signaling” what was coming with books.

“During the last six to eight months of the campaign, what was really striking was the consistency of profoundly anti-Hillary books by Dick Morris, Dinesh D’Souza and Ann Coulter at the top of the bestseller list,” he says. “Those books represented a kind of plebiscite, while books critical of Trump had astonishingly little impact.”