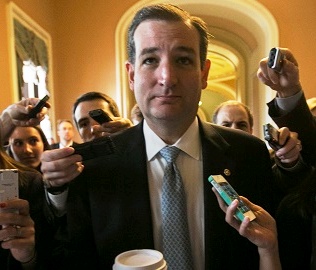 Ted Cruz ran the best campaign of any Republican politician in the 2016 primary. It wasn’t enough.

When Cruz got into the presidential race last March, his odds were long. His poll numbers, when he started the race, were lower than any eventual nominee since Bill Clinton. He was the junior senator from Texas, and, as we were repeatedly reminded, hated by his party.

But Cruz was very good at one thing: Political organizing. He made two very smart decisions that ensured he’d be able to stick around: He kept his enemy Donald Trump close, and he hired staff that focused narrowly on the hard work of identifying and turning out voters.

The Trump thing was a gamble, apparently based in part on the idea that once Trump faltered – as was inevitable! – Cruz could scoop up his followers. In effect, what it allowed Cruz to do was hold onto a base of support that he built in his first Senate race and then expanded during the Hill fights against the Affordable Care Act that led to the shutdown. Trump didn’t go after him, which likely helped Cruz as his team tried to expand that core of support outward.

By the time voting neared, Cruz’s field operation was ready to go. I’m convinced it’s why he won in Iowa, simply by figuring out who to target and then getting them to the caucuses. His long-term bet that he’d fare better with more religious and more conservative voters was a good one; even in Indiana on Tuesday he won among those who attend church more than once a week and among the very conservative voters, according to preliminary exit polls reported by CNN.

As Trump continued to do well, though, Cruz’s apparent plan to start peeling away voters from other groups never really gained enough momentum. People dropped out; Cruz gained. But Trump gained faster.

When Cruz started to gain critical mass with Republican voters, it was soft support predicated to a large degree on his not being Donald Trump. When Trump started winning by wide margins, that support fell away, and Cruz gave up.

But it was a remarkable campaign that likely would have kept Cruz in the mix until late in the campaign no matter who he was running against. There has been no better-run campaign from a politician this year than Cruz’s – with the probably exception of that from Bernie Sanders.

The only problem for Cruz was that the non-politician had the most effective campaign of them all.