Today I had the unique opportunity to meet Israel’s ambassador to the UN, the Honorable Ido Aharoni. He spoke in front of several hundred eager listeners at the Aish Hatora Conference in Connecticut and gave the audience a view of the current state of affairs stating that Israel had the responsibility to secure its citizenssafety in the “maximum way possible” even if that meant a ground invasion into Gaza.

I posed the following question to the Ambassador at the follow up Question and Answer session (I was one of four lucky people because he had to run back to NY). I first introduced my question by explaining that During the American Civil War Northern General William T. Sherman’s stated unequivocally, as he marched to the seaburning Atlanta and everything in his way, that that war was hell but that it hadto be absolute to bring about the peace. I stated further that the U.S.A. during WW2 dropped twoatomic bombs on the Japanese and leveledmany  German cities   in their effort to bring the Axis powers into submission and start the process of living in peace again.  With that introduction I stated that in fact I was not questioning nor calling for the IDF to level Gaza and bomb it into submission as the allies did during World War Two.  On the contrary I questioned the need for any ground invasion in the immediate future what so ever so as to keep Israel’s IDF out of harm’s way. Essentially my question was  why it was that Israel would possible entertain sending  ground troops in  the immediate future when all they needed to do was turn off the water, gas,  and electricity and bring the people of Gaza to their knees without firing a single shot. You may say I am naïve but the fact is that most people actually believe that Israel disengaged from Gaza completely in 2006. While it is true there are no longer any ground forces physically there it is a lie to say Israel completely disengaged. Israel still supplies gas, electric, fuel, water, even essential food items, not to mention allowing select citizens of Gaza(even in the current conflict) to get medical treatment in Israel. So why not turn off the gas and electric for a week or two and watch the Palestinians  submit. It has never been fully tried so why not try it first before risking countless lives of the brave soldiers of the IDF?

The answer I received was disheartening and explains why Israelcan never fully win any war with itsenemies, keeping true peace just over the next horizon for the foreseeable future, as uncomfortable as that may sound. At best Israel can hope to put a band aid on the situation for another  four or five years until the rockets start flying again from Gaza.The Ambassadors answer included a re-write on American History as he lectured methat the U.S.A. fought the Germans out ofthe goodness of their heart and because it “was the right thing to do for which History will always be indebted”.Israel, he exclaimed, also had an obligation to show the world that it will do “what is right” at all costs(even at the costs of its own brave soldiers, I thought?) and that the IDF was the most moral of all armies in the world and on to the next question he went. I was saddened by his answer but not surprised.

First of all one need not be a PHD in History to know that the U.S.A. was an isolationist county in the 1930’s and was very reluctant to enter a war in Europe, a full ocean away. Only after the attack on PearlHarbor, almost two and half years after the Nazis invaded Poland,  did the U.S.A. declare war on Japan(not Germany) andonly after the Germans declared war on the USAfour days after Pearl Harbor did the US enter the war against Germany. True it was the “right thing to do” but more than a million Jews had been slaughtered before the USA went to war and only after the Germans declared war on the USA first on December 11, 1941. So much for doing “what was right”. No doubt, it may have been the right thing to do beforehand but the best interests of the safety of the citizens of the USA did not call for entering the war until attacked almost two and half years after the beginning of the war.Scholars are still debating when and whether the USA would have gotten into the war had they not been attacked at Pearl Harbor first.

As for the rest of the answer by the Ambassador, no doubt the IDF is the most humane and moral army in the world always trying to avoid enemy civilian casualties. But the government of Israel has a responsibility first and foremost toits citizens and not the citizens of Gaza. After one or two weeks without power you may very well see the rockets come to an end. It is at least worth a try. Does that not make sense?

The Israeli governmentwill counter and say cutting off the gas and electric will cause a humanitarian crisis in Gaza with unclean water, open sewers, and disease soon thereafter becoming the plight of the “innocent” families of the terrorists terrorizing the children of Southern Israel and that collective punishment is simply wrong. Besides, they will claim, what will the world say?  Are you kidding?These are the same people that democratically voted for the very terrorist shooting rockets into Israel and yet we are supposed to feel bad for them? But mind youI was not even asking for the IDF to level any cities. In fact, I do not think they should step foot in Gaza at all. My question to the ambassador simply boils down to this. Is It moral to ask the brave soldiers of the IDF to risk life and limb in a ground invasion while the government that is sending them in harm’s way simultaneously supplies the enemy with fuel, (which can be used for those rockets) food, water, gas, and electric of which if they were deprived of such essentials this could all end in a week or two without firing a shot?Is it not worth a shot (no pun intended)? Such action is not only moral but humane since it will end this disaster sooner with less loss of life on both sides. Asking the IDF to invade Gaza while supplying the enemy is not humane, it is simply insane. 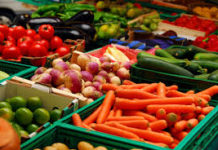