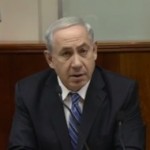 News stories announcing that President Obama has the votes to protect his Iran deal from Congressional disapproval have led to debates here and in Israel over the campaigns against that deal by AIPAC and by Israeli prime minister Benjamin Netanyahu.

These are not new debates, and the arguments are clear. Netanyahu’s political opponents in Israel are saying this was always a losing fight; he should never have opposed an American president this way; he has damaged U.S.-Israel relations; and Israel will now appear weak because it lost this fight. Similarly, critics of AIPAC argue that it has been defeated and thus its influence (and reputation as a powerful lobby) will diminish.

Wrong both times—as to Netanyahu and as to AIPAC.

Netanyahu has always seen the issue of Iran’s nuclear weapons program as existential for Israel. In that case, how could he not try to change the political calculus in the United States? Should he have pulled his punches, said less, made this a smaller issue—not tried, that is, to win the argument?

Actually, Netanyahu has won the argument: most Americans are highly skeptical of the Iran deal and don’t like it, and it will be disapproved in both houses of Congress. In the last months opinion has shifted against the deal, and he can take some credit for that. But his critics don’t blame him for losing, they blame him for trying–damaging Israel’s relations with the United States and its own credibility.

As to relations with the United States, there are no polls suggesting any damage at all. Americans don’t appear to blame an Israeli prime minister who argues about his country’s security. Israeli political enemies of Netanyahu talk all the time about this being the worst crisis ever in U.S.-Israel relations, which is nonsense. They appear to have forgotten Suez in 1956, or the argument over Saudi AWACS in 1981, or the denial of loan guarantees in 1992, for example.
So what are we talking about here? We are talking about damaging relations with the Obama administration.

To that argument there are two answers. First, it’s a diminishing problem, because we are already in the election season. At worst, Netanyahu risked another year of bad relations with Obama to fight for his country’s security. Hard to call that a bad decision. Second, it is also hard to believe that relations with Obama will actually be worsened—only because they are already so bad. The personal chemistry between the two men is awful, and has been from 2009. That won’t change. And Obama’s policies in the Middle East and toward Israel—explained in full in Michael Oren’s memoir of his years as Israel’s ambassador in Washington during the Obama first term, Ally—have been harmful to Israel from day one, and those policies won’t change either.

So the arguments that Netanyahu’s fight against the agreement with Iran will harm Israel are not persuasive. In fact, his actions may well help Israel now, because there is a broad sense in Washington that Israel must be further assisted to counter the advantages Iran has gained. Aid may increase; more sophisticated weapons may be sold to Israel; in Congress, non-nuclear sanctions against Iran may be increased and extended in time; demands for tougher IAEA inspections may grow. Moreover, Netanyahu has taught a lesson that’s valuable for the future: an Israeli prime minister who is convinced of his position may take on such a fight even if everyone predicts he will lose it. He or she will not shy away due to political calculations and vote-counting predictions, a very good precedent when matters of national security are at risk.

That last calculation applies to AIPAC as well. There is an argument that AIPAC should have counted the votes, and if the calculus seemed to be negative and it seemed 51-49 that Obama would win, AIPAC should have abandoned the struggle against the Iran deal. That’s wrong on several counts. First, the outcome of such political fights is rarely all that certain, and there are many variables—for instance, in this case, Iranian conduct. Second, what’s the purpose of AIPAC if not to fight over issues like this, where American and Israeli security are closely linked in opposition to Iranian nuclear weapons development? If AIPAC would not fight on this issue, many of its supporters would wonder why it even exists.