More than 55 million Americans receive Social Security benefits, annually, making it the nation’s largest social welfare program.  725 billion dollars of your payroll and income taxes last year went to Social Security disbursements  — That’s about 60 billion dollars in benefits each month.  It’s no wonder politicians on both sides of the aisle are always trying to convince voters that they have the plan to keep Social Security intact.

The problem is Social Security, as we know it, is currently living on borrowed time.  To understand the issue let’s first take a quick history lesson.

The money you pay towards Social Security does not go into a personal account for when you retire. Instead, Social Security is a “pay as you go” program meaning the money that is collected now is used towards current payouts. So…current benefactors rely on the current work force to fund their payments.  As baby boomers continue to retire at a record clip, approximately 10,000 on any given day, this model becomes harder to maintain. Back in 1950, there were 7.11 workers per retiree. That number today is 4.5 and in 30 years, economists estimate that number will be 2.6 workers for every retiree.

For the first time in thirty years, Social Security payouts exceeded non-interest income in 2010 and 2011.  The difference between the money coming out and going in was about $45 billion dollars in 2011. While there is “extra” money in the Social Security “bank account” called a “trust fund,” to offset the difference, the number of beneficiaries will continue to grow at a substantially faster rate than the number of covered workers.

The Board of Trustees estimate that in 2033 all the money in the Social Security “bank account” will be depleted. That’s three years earlier than estimated just last year.   This means that workers in their forties fifties today may not have access to the Social Security benefits that they’ve paid into when they retire.

The third rail of American politics, Social Security is a hot topic that has both sides of the political aisle debating how best to save benefits for future generations. 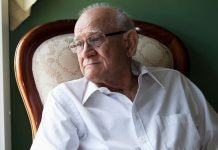