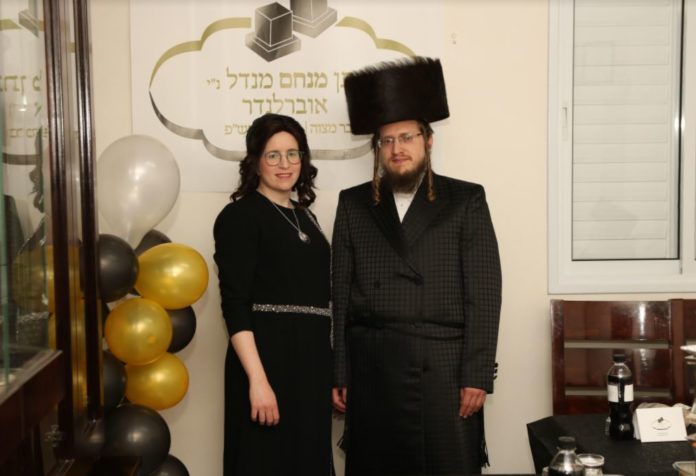 shloshim of their grandfather, Rabbi Moshe Yosef Oberlander. Their minds, however, could not stay fixated on the loss of the patriarch of the family, a beloved father and grandfather of many and a renowned askan, to the coronavirus. Instead the Oberlanders

were focused on the declining vitals of Rav Moshe Yosef’s son, who was on a ventilator fighting the same disease. Rav Dovid Oberlander, his parents’ only son, passed away exactly 30 days after his father. Rav Dovid was

only 38 years old, and left behind a widow & 5 young children. During his life, Rav Dovid Oberlander worked in high-tech in the city of Ashdod, and helped other charedi men to find suitable tech work environments. His death was particularly shocking for his community as he was very young and was reportedly careful with regard to safety restrictions.

Though they left this world a month apart, the Oberlander father & son were hospitalized on the same day.

An emergency fund opened up on the family’s behalf finds a tragic silver lining: “Our only comfort,” it says, “is that they are now reunited.” Donations are being collected to help Rav Dovid’s widow raise her 5 children on her own, as well as find her footing in supporting her family on her own for the foreseeable future.