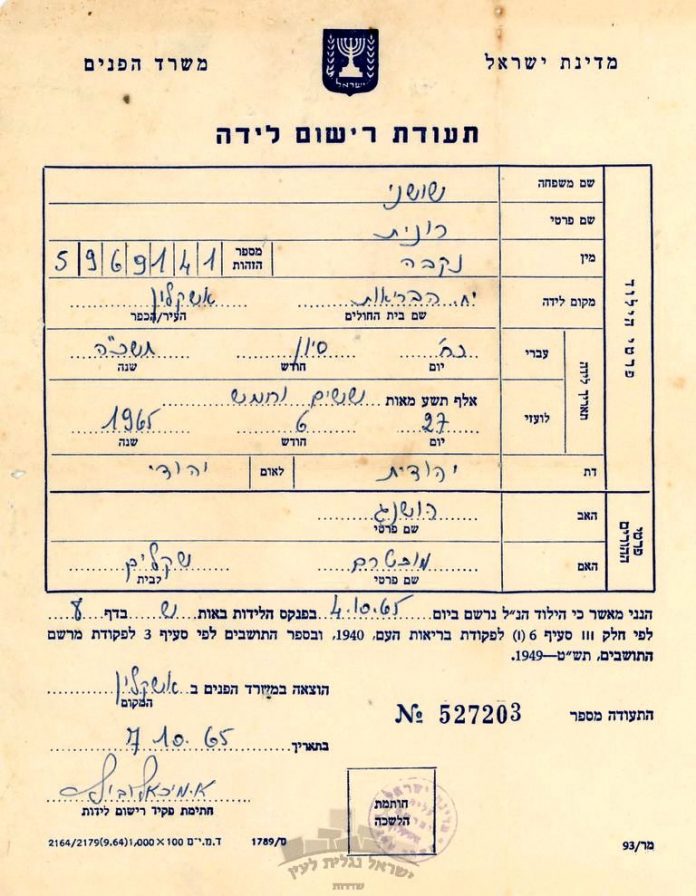 In a reversal,Israel will once again list the names of fathers on the birth certificates of their children born in Israel, a relief to many Torah families learning here.

The state had changed its policy in 2013, wary that migrants would use the birth certificates to pursue legal rights.

But caught in that dragnet were many chutznik families who were left without proof that the citizenship of the father should apply to the baby as well.

Chaim V’Chessed, an organization that works to cut through red tape and ease the task of navigating life in Israel for English speakers, made numerous efforts on behalf of non-Israeli Jews to change the policy.

But not before the legal glitch left many families in limbo. While the state would not register the father’s name on a birth certificate, hospitals would issue documents that showed the names and nationalities of both parents. But those hospital-issued documents were not good enough for many foreign embassies, which wanted an official state document to support citizenship for the baby.

So Chaim V’Chessed sprang into action, contacting Interior Ministry officials as well as diplomats to lobby for a change.

Eventually, Freedman explained, after much pressure, the US embassy started to accept the hospital document in lieu of the birth certificate, as long as the parents could also show a marriage certificate.

However, the problem of not listing the father on the document remained an obstacle for citizens of other countries, including Canada.

Ottawa eventually stopped accepting the hospital-issued documents because they were not official birth certificates.

“There were some cases where kids remained stateless,” Freedman says. “One family got stuck, and we intervened with the Canadian ambassador, who facilitated a passport on humanitarian grounds. Throughout this process the Misrad Hapnim was not helpful.”

In an interview with Mishpacha, the father of the Canadian child said the episode was trying. “It was supposed to be a time of happiness, but we had to deal with a lot of stress because of this problem.”

The father said he was pleased to hear the policy had been changed. “I’m very happy that nobody else has to go through the same ordeal.”

Dikla Hadari, an attorney who worked on a similar case, saw the hardship of the parents firsthand. “The procedure caused severe damage to the child’s rights, both in terms of acquisition of foreign citizenship in the state of origin of his parents, and on the level of halachah,” said Hadari.

This article first appeared at Mishpacha and appears on Matzav.com with permission. 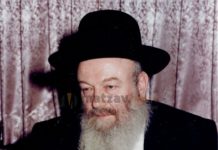 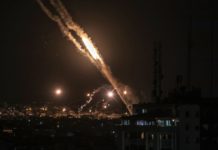 ISRAEL UNDER ATTACK: Israel Hit With a Barrage of Terror Rockets