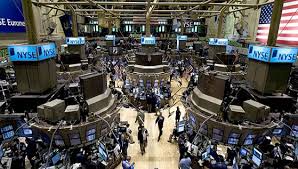 By the time markets open Monday morning in Asia investors across the globe would have had a couple of nights to absorb the stunning news that Britain had voted to leave the European Union.

Their initial reaction was to send global markets into a meltdown. The British pound fell to a multi-year low. Gold, a safe haven for nervous investors, surged. Global markets lost more than $2 trillion in wealth on Friday — a record. About $800 billion of that loss in market wealth was felt in the United States, where the Dow Jones industrial average lost more than 600 points.

Will a few days of relaxation be enough to wash away that funk? Don’t count on it.

“Market panics … never completely wash themselves out on a Friday and in particular on a summer Friday,” said Art Hogan, director of equity research and chief market strategist for Wunderlich. “Obviously there is no roadmap for a historic event like this, but typically it takes two or three days for the initial washout to complete itself.”

Here are five markets to watch for a sign of where things are headed:

Asian markets will offer the first sign of whether investors will face another rough day with Japan’ Nikkei stock index likely setting the tone. It tumbled nearly 8 percent on Friday, pushing it down 21 percent so far this year.

If the Nikkei can’t find its footing Monday morning, it may signal that investors still have a lot of questions about how Britain’s decision to leave the EU — known as Brexit — will affect the global economy. Japanese officials held a special meeting over the weekend to discuss the state of the markets, according to The Wall Street Journal.

The poor British pound. It has already fallen to its lowest value against the U.S. dollar since 1985 after suffering its worst day on record. While presumptive Republican presidential nominee Donald Trump said he sees an upside to the tumble, the sharp decline underscores deep anxiety about the currency while reducing the buying power of the United Kingdom. (On the flip side, it might make the U.K. a more competitive exporter of goods.) A further erosion of the value of the British currency would be a sign that investors remain concerned about its future.

Consider the S&P 500 volatility index, known as VIX, a daily tracker of investor anxiety. It measures the degree to which investors expect stocks to swing and is often called the “fear gauge.” It jumped nearly 50 percent on Friday, and as long as investors continue to grapple with the fallout from Britain’s divorce from the EU, it will continue to be a a strong sign of market volatility. After months of relative calm, activity on the index rose in the weeks before the Brexit vote and then exploded.

The Brexit vote threw a microscope on the financial stability of the rest of the European Union. Last week, countries viewed to be financially weaker, such as Italy and Spain, saw their bonds fall out of favor as investors rushed to markets considered safer, such as Germany. The yield spread between Spanish 10-year-bonds and similar German bonds (considered among the strongest) climbed to the highest levels seen since March 2015. In fact, the yield on 10-year German bonds fell to a record low. (A lower yield means that investors are willing to make less from buying the bond. A higher yield reflects that investors want a bigger return for betting on a country.)

Gold not only sparkles, it is typically one of the clearest signs that investors are nervous. The precious metal jumped to a two-year high last Friday, about $1,322 per ounce. It tends to make such jumps when investors are looking for a safe place to store their cash, particularly when currency markets are unpredictable. If gold prices continue to rise, it could signal that some investors are not just nervous, but preparing for the worst.