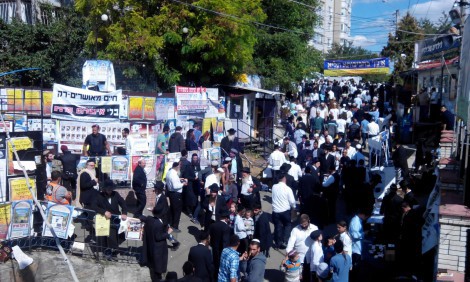 Every year, tens of thousands of Jews traveling from Eretz Yisroel to Uman have to land at an airport in Kiev and travel to Uman by bus for several hours.

El Al director David Maimon told Interior Minister Aryeh Deri that he is negotiating with the mayor of Uman to enlarge the local airport and make it capable of accommodating the crowds that arrive for Rosh Hashanah every year.

“Landing El Al planes at Uman itself would make things much easier for masses of people,” Deri said.