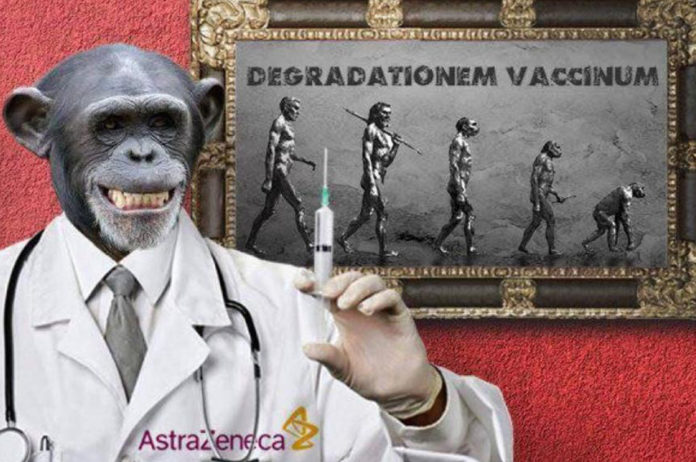 Russia is going bananas in its efforts to undermine a coronavirus vaccine being developed by Britain’s Oxford University — claiming it could turn people into monkeys, according to a report.

Videos, images and memes created in Russia have flooded social media to discredit the vaccine — set to be distributed by pharma giant AstraZeneca — by claiming it uses a chimpanzee virus as a vector, the Times of the UK reported.

The disinformation campaign has targeted Western nations and countries where Russia plans to sell its controversial COVID-19 vaccine, Sputnik-V, which critics have expressed concerns about after Moscow fast-tracked it before phase 3 human trials, according to the paper’s investigation.