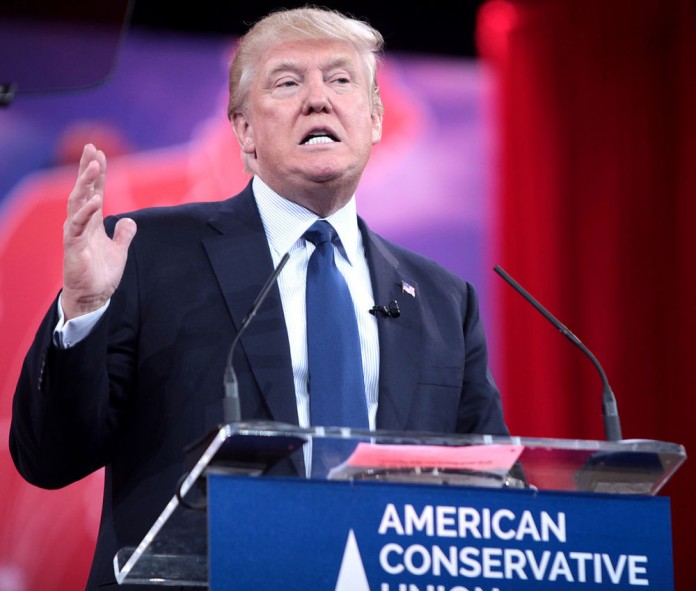 The latest shake-up in Donald Trump’s presidential campaign has jolted the Republican establishment out of denial to a new realization: Whatever happens to their nominee in November, Trumpism may well endure as a source of ferment in their party.

Until this week, it had been possible for party elders to convince themselves that Trump might prove to be a passing storm in their ranks rather than a portent of climate change.

But to their dismay, the party standard-bearer has now signaled that he intends to go for broke in the final stretch of the campaign.

Trump’s decision to ditch his establishment-bred campaign chairman, Paul Manafort, in favor of Breitbart News executive Stephen Bannon, who shares Trump’s scorched-earth approach to politics and his worldview, is perhaps the most overt example of the mogul’s closing strategy.

Theirs is an amorphous alternative to traditional conservatism – often associated with the “alt right” movement – that is leery of liberal immigration, multiculturalism, military involvement overseas and free trade. Its critics also accuse the alt right of flirting with white supremacism, anti-Semitism and other forms of intolerance.

Trump has disavowed some of those incendiary associations when they have emerged at various points in the campaign, and Bannon has rejected accusations that Breitbart News fuels racial and ethnic divisions. But the links continue to be made, including from within the GOP.

“Movements like this, with toxic and nasty stuff, have existed in one form or another, but they’ve been kept on the outer fringes of American political life. Now it’s command and control at headquarters,” said Peter Wehner, who was director of the White House Office of Strategic Initiatives under George W. Bush.

“If the GOP fully becomes the home to the Breitbart and alt-right movement, it’ll cease to be the Republican Party as we’ve known it,” Wehner added. “There will be a huge crack-up beyond anything we’ve seen.”

Others argue that the establishment should bear the blame for that. In their view, party elites became wedded to a sterile ideology and positions that favored the wealthy, ignoring the day-to-day struggles faced by grass-roots Republicans.

Ed Rollins, who managed Ronald Reagan’s 1984 campaign and is a strategist for a pro-Trump super PAC, said: “The Republican Party became the Chamber of Commerce party and lost its appeal. It was no longer the party of small businesses – it was for Wall Street and big business. These debates on trade are because of that shift more than because of Trump.”

And there are some who believe that the current turmoil may be healthy for the party in the long run.

“The positive is that some blue-collar issues that needed to be talked about have come up. That trope that the GOP is the party of Wall Street has been exposed as pretty accurate,” said J.D. Vance, author of the new book “Hillbilly Elegy,” about white Americans living in or near poverty.

“How it all plays out depends on political leadership,” Vance said. “Will it get less racialized and more populist and appealing? Or will it become more like Breitbart? It all depends on how leaders adapt, and what’s ahead is really murky.”

Firebrand commentator Ann Coulter, who is close to Bannon, said Trump recognized that he needed an adviser for the campaign’s closing chapter who spoke to sentiments sweeping the Republican Party.

“The No. 1 quality Bannon brings is that he is NOT a political consultant,” Coulter wrote in an email Friday. “Hiring any political consultant is like stepping on an IED. . . . Bannon obviously has his finger on the pulse of the public’s rage at both political parties – Breitbart News has been with Trump and for all of his issues from the beginning, unlike 90% of talk radio hosts and 100% of TV networks and pundits.”

Yet in his first public appearance after the campaign shake-up, Trump struck a more conciliatory and humble note, an apparent nod to the reality that skittish suburban voters will need to hear more than a populist pitch. At a rally Thursday night in Charlotte, he expressed regret for “personal pain” he may have caused with ill-chosen words used “in the heat of debate.”

On Friday, he and his running mate, Indiana Gov. Mike Pence, toured flood-ravaged Louisiana – a stop that was designed to show his empathetic side and to draw a contrast with President Barack Obama and Democratic nominee Hillary Clinton, neither of whom have been there yet.

Both the softer tone and the warmer visuals may reflect the influence of Trump’s new campaign manager, Kellyanne Conway, a pollster whose skills at shaping a message are widely admired.

But given how many times Trump has promised to change course and go in a more presidential direction, few in the jittery GOP establishment believe this shift will last.

Many in the party hierarchy have resigned themselves to a Trump defeat in the fall – and are already focusing on what comes after it.

“Most of us thought, until now, that after the election is over, we’ll be able to have a reasonably traditional effort to rebuild the party,” said Vin Weber, a lobbyist and former Minnesota congressman who was a top adviser to 2012 GOP nominee Mitt Romney.

But Trump’s decision to put Bannon in charge of his campaign “tells me that there’s going to be a battle inside our party for a long time to come,” Weber said. “We’re going to have some very tough fights in the Republican Party when this is over.”

The first, if Trump loses, will almost certainly be over who is to blame – whether it is the faction within the party that supported and enabled his nomination, or the “never Trump” contingent that refused to get behind him once he became the nominee.

The scale of a defeat would also be a factor. If Trump were to go down in a landslide, his brand of politics would be vulnerable to a repudiation.

“But if it’s a narrow loss, it will exacerbate the intraparty warfare,” said Dan Senor, a former Romney adviser and outspoken Trump critic.

Adding to the friction would be Trump’s declaration that the only way he can be defeated is if the system is rigged against him.

“He has already said that ‘the result of the election, if I lose, is illegitimate,’ and there will be tens of millions of Americans who buy into that premise,” said Steve Schmidt, former senior campaign strategist for 2008 GOP nominee John McCain.

With so many Trump supporters viewing the entire system as corrupt, “you could very well see a fractured Republican Party. You could see a third party, a self-funded challenger four years from now against a vulnerable Hillary Clinton,” Schmidt said.

“The Republican Party has had a long, good run, but there’s not a guarantee that it endures as an institution,” he added.

At a minimum, it appears that the internal battles between GOP traditionalists and insurgents over issues such as immigration and free trade will continue to rage.

House Speaker Paul Ryan, R-Wisconsin, has been positioning himself to yank the GOP back toward the conventions of movement conservatism with his six-pronged agenda, “A Better Way.”

In speeches and campaign stops, he has urged GOP lawmakers to run on the House Republican plan of tax cuts and fewer regulations as a means of underscoring that the party has more than fiery populism and Trump to offer voters this fall.

Ryan is also proving to be a prodigious fundraiser. Next week, he will host a gathering of donors in Jackson Hole, Wyoming, where concerns about the party’s future direction will no doubt be a major topic of discussion.

“Conservatives shouldn’t be cocky that they’re going to win this battle,” Wehner said. “The elements that produced Trump did not emerge out of nothing, and they are not going to disappear in the blink of an eye, even if Trump goes away.”