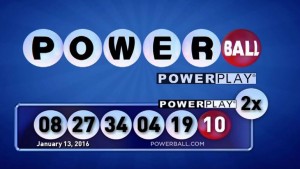 California lotto officials tweeted almost immediately after that a winning ticket was sold in the state, although it was still not clear if other winning tickets were sold.

The state also tweeted that it sold 12 tickets that matched five of the six numbers.

California lottery officials said the winning ticket was sold at the 7-Eleven on Chino Hills Parkway.

The jackpot, which reached record levels after 20 drawings without a winner, was estimated to be nearly $1.6 billion. The cash equivalent was $983.5 million.

Even if you don’t get the jackpot, there are plenty of other prizes that will be awarded. There were 28 people that got at least $1 million in the last drawing.