President Obama yesterday announced he’s jetting off on a victory lap around Southeast Asia, despite a new government report warning the Jan. 1 fiscal cliff will plunge the US into a recession and drive the unemployment rate up to 9.1 percent.

Obama and Congress have just 52 days to reach a deal to avoid sailing off that precipice, when a devastating double whammy of tax hikes and budget cuts will rock the economy and hit just about every American.

The negotiations will be difficult. Obama signaled he’s sticking to his demand for raising taxes on the wealthy. That’s long been a nonstarter with Republicans.

He will issue a statement today “about the action we need to take to keep our economy growing and reduce our deficit,” the White House said last night.

“If the attitude is that nothing happened on Tuesday, that would be unfortunate,” Axelrod told MSNBC.

House Speaker John Boehner (R-Ohio) yesterday took all tax-rate increases off the table, though he said Republicans would accept other revenue measures, such as closing loopholes and eliminating deductions.

“Raising taxes on small businesses will kill jobs in America. It is as simple as that,” he told USA Today.

But those tense negotiations won’t interfere with Obama’s boarding Air Force One for a three-day tour of Bangkok, Rangoon and Phnom Penh. 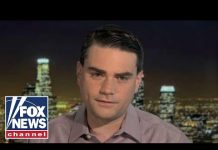