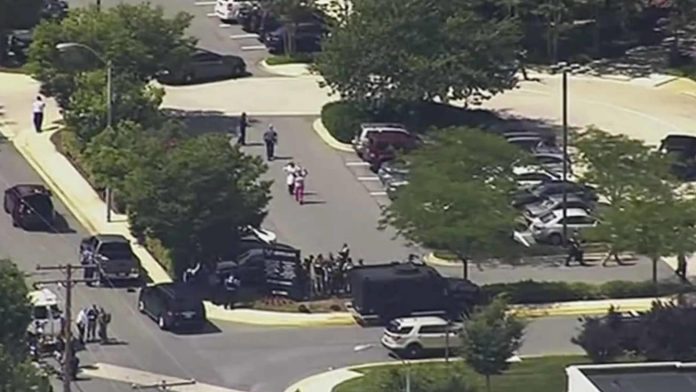 Reporters at the Capital Gazette took to Twitter in the wake of the shooting at their newsroom in Annapolis, Maryland, describing the chaos that ensued when a gunman opened fire just before 3 p.m. ET.

Phil Davis, a Gazette reporter who covers business and politics, tweeted that “a single shooter” opened fire on multiple people in his office, adding that he believes some of the victims are dead. “Gunman shot through the glass door to the office and opened fire on multiple employees. Can’t say much more and don’t want to declare anyone dead, but it’s bad,” he wrote. “There is nothing more terrifying than hearing multiple people get shot while you’re under your desk and then hear the gunman reload,” Davis added in another tweet. An intern at the newspaper, Anthony Messenger, fired off a tweet during the shooting, writing, “please help us.” It’s unclear how many people were shot. Read more at Twitter.