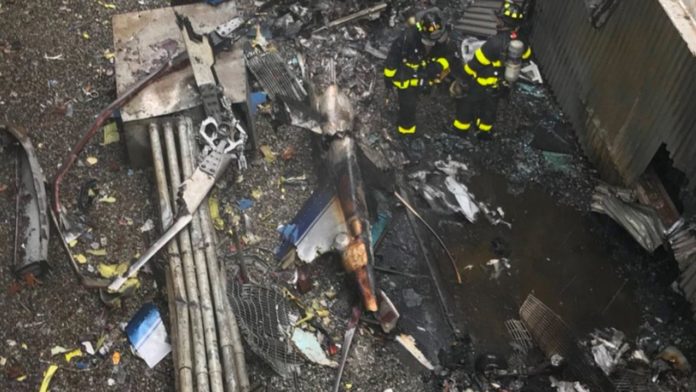 Witnesses on the ground near where a helicopter crashed into a Manhattan skyscraper on Monday, killing one, said the immediate aftermath was eerily reminiscent of the Sept. 11, 2001 attacks, the Daily Beast reports.

While there is no indication of terrorism in the crash, which resulted in the pilot’s death, Gov. Andrew Cuomo remarked that “If you’re a New Yorker you have a level of PTSD from 9/11.” Witnesses on the ground echoed that sentiment. Rafael Arias, an employee at the Pret-a-Manger on the bottom floor of the AXA Equitable Center, told The Daily Beast that he felt the building “sway” during the crash, which killed the pilot. “I thought maybe it was a mini-earthquake but then again we’re in New York and I was like…maybe 9/11 again.”

“It always strikes you as something worst-case scenario,” New York City Councilman Keith Powers said of the ordeal. “Thankfully, it was not.”