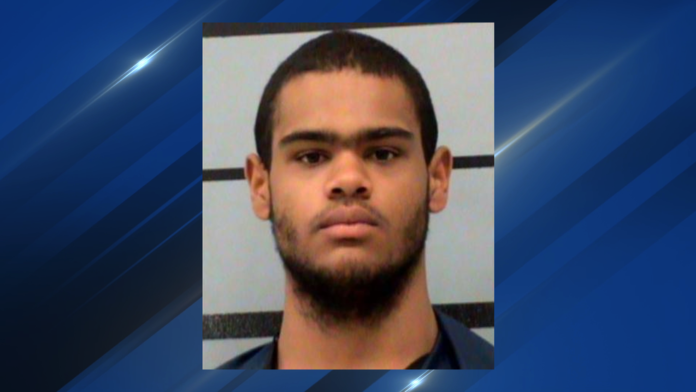 When William Patrick Williams called his grandmother from a hotel room on July 13, she could hear him fiddling with the AK-47 rifle he had bought two days earlier. He told her he was homicidal and suicidal, according to a criminal complaint filed by the U.S. attorney’s office, and said he wanted to “shoot up” the hotel and then “commit suicide by cop when the police arrived.”

The grandmother, who was not identified, persuaded the 19-year-old Texan to let her bring him to Covenant Medical Center in Lubbock, Texas, where he was admitted for psychiatric evaluation.

After a brief hospital stay, Williams gave Lubbock police his hotel room number and permission to enter, telling them that he had “laid out all his weapons on the bed.” According to the complaint, officers recovered an AK-47 rifle, 17 magazines loaded with ammunition, a black trench coat, black tactical pants and fingerless gloves, and a black T-shirt with the words “Let ‘Em Come.”

“We avoided another huge crisis,” said U.S. Attorney Erin Nealy Cox in a phone interview Monday, referring to a shooting at the Dallas federal courthouse in June.

Williams had not been on any state or federal watch list. Had his grandmother not stepped up, Cox said, “we wouldn’t have known he was contemplating this. She saved his life, injury to him and probably to multiple people’s lives.”

Williams was arrested Thursday and charged with making false statements to a firearms dealer, a federal felony that carries up to five years in prison. On July 11, two days before the plotted mass shooting Williams, who according to court documents was undergoing treatment for depression, submitted a firearms form and listed his aunt and uncle’s residence on the document. Although the address matched Williams’s driver’s license, federal officials from the Bureau of Alcohol, Tobacco, Firearms and Explosives discovered it was outdated by a matter of days and that Williams had moved out of his aunt and uncle’s home.

His attorney, Laura Wynn, declined to comment on the case.

Williams was arrested days before the mass shootings in El Paso, Texas, and Dayton, Ohio, massacres that left at least 31 people dead. The case highlights some of the challenges law enforcement face in investigating and prosecuting cases of suspected domestic terrorism.

Under federal law, The Washington Post has reported, suspected domestic terrorists who are not charged with a specific act of violence “are typically charged with other crimes, such as drug or gun violations, and many of those cases are brought in state, not federal, court, meaning the general public often never hears that a domestic terrorism suspect has been arrested.”

Daryl Johnson, a former analyst for the Department of Homeland Security, told The Post that lawmakers have avoided aggressively addressing this type of violence, fearing political backlash.

“We’re in this heightened state of activity where we have mass shootings and bomb plots,” Johnson said, “and yet there’s no political willpower, and everybody seems to be burying their head in the sand rather than try to tackle the issue.”

Cox called the issue a “multi-stakeholder problem.” Law enforcement, she said, is reactive.

“We responding to an event that someone else has put into play. We’re looking at it with a critical eye, because we know the burden we have to prove. That’s not the ideal situation,” she said. “Schools and other individuals don’t want to be wrong or embarrassed by a series allegations. I’d rather have someone see something and say something and [then] be forced to say, ‘OK, you were wrong, but you were well intentioned.’ ”