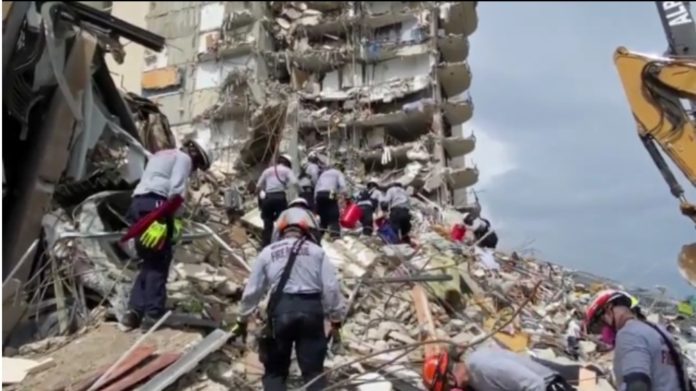 A woman missing in the deadly Florida condo building collapse called her husband as the tragedy unfolded — and said she saw a sinkhole where the pool used to be before the line went dead, according to a new report.

The model, actress and Pilates instructor woke her husband in Washington, DC, and frantically told him that their building was shaking before making the startling comments about a sinkhole, according to the outlet.

The Washington Post reported that Stratton was on her fourth-floor balcony when she felt a tremor and saw the pool deck cave in.

A structural engineer who inspected the tower last year told CNN that what Stratton saw “definitely” could have been a factor in the catastrophic collapse.