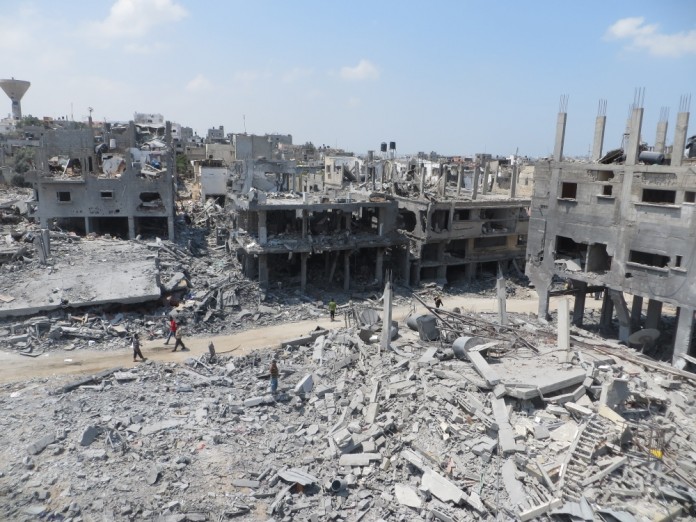 Several leading Arab states have fallen well short of their promised aid to help in the reconstruction of the Gaza Strip following the 2014 war there between Israel and the Palestinian terror group Hamas, a new World Bank report said.

“Actual disbursements fall short of planned disbursements by around $1.3 billion, and hence, donors are urged to accelerate the disbursement of funds,” the report said, the Associated Press reported.

At a 2014 conference in Cairo, the international community pledged roughly $3.51 billion in aid over three years to Gaza. But as of the end of March 2016, only $1.41 billion has been delivered compared to the scheduled $2.71 billion.

In particular, several Arab states have fallen significantly short of their stated pledges to Gaza. Qatar, which promised the most aid at $1 billion at the 2014 Cairo conference, has so far only donated $152 million (15 percent of what it promised), the World Bank said.

Additionally, Saudi Arabia, the second-leading pledger of funds, has delivered only 10 percent of its promise of $500 million, while the United Arab Emirates has sent only 15 percent of its pledge of $200 million.

Turkey, which is one of Hamas’s top international supporters, has only delivered one-third of the $200 million it pledged. Meanwhile, the United States has sent all of its pledged $277 million and the European has sent nearly three-quarters of the $348 million it said it would give.

Under the donor agreement forged in Cairo, all international aid is to be passed through the Palestinian Authority, which governs the West Bank.